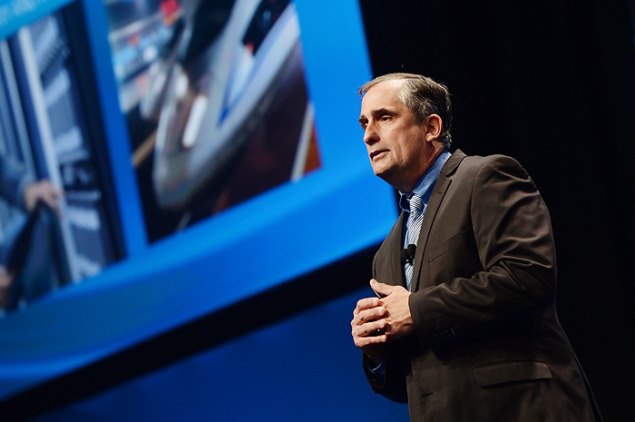 Intel has taken the wraps off a new product codenamed Braswell, which will succeed the current Bay Trail platform and be manufactured on the upcoming 14nm process. Bay Trail is currently sold as Intel Atom, Celeron and Pentium products, which are usually found inside low-cost entry-level laptops.

Intel's 14nm transition will include the Cherry Trail platform, announced earlier, succeeding Bay Trail in tablets, while Mooresfield succeeds it in smartphones. Braswell-based Celeron and Pentium CPUs will make up the bottom end of the PC market, with Broadwell-based Core i3, i5 and i7 will cater to the mid-range and high-end.

Intel made the announcement at the Chinese edition of its annual Intel Developer Conference, which is currently in progress in Shenzhen. Timelines for the launch of these chips and products powered by them have not been specified.

Intel is also specifically acknowledging the growing popularity of Chromebooks. The company has announced that over 20 Chromebooks will hit the market with Braswell processors. As Intel looks to ChromeOS and Android to help it compete in the mobile devices market, it will also aim to reduce the prices of entry-level tablets to under $100 (approximately Rs. 6,000).
Comments