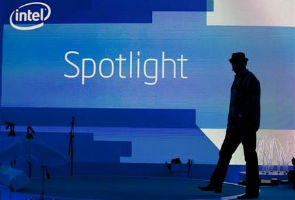 Highlights
Intel Corp. says it is betting big on its "ultrabook" concept with its largest advertising campaign since 2003.

The campaign to push the new thinner and lighter notebook computers will start in April, says Kevin Sellers, Intel's head of advertising. Sellers didn't say how much Intel Corp. would spend on the ads and other initiatives. He spoke to the press on Monday, ahead of the opening of the International Consumer Electronics Show in Las Vegas.

Intel hasn't planned a launch this big since the company introduced Centrino chips for Wi-fi-capable laptops eight years ago.

Though it chiefly makes processors, Intel often prods PC makers to build their products in certain ways. The "ultrabooks" are similar to Apple's MacBook Air, which launched three years ago. PC makers have responded well to the ultrabook idea, and Intel says there are 75 models on the way. The Consumer Electronics Association expects 30 to 50 ultrabook models to be on display at CES.

More news is expected out of Intel on Tuesday, when CEO Paul Otellini speaks at the show. Intel watchers expect that the news will have something to do with the company's long-standing ambition to get its chips into smartphones.
Comments

TVs you can talk to, without sounding crazy
25.84 mn subscribers opt for mobile number portability