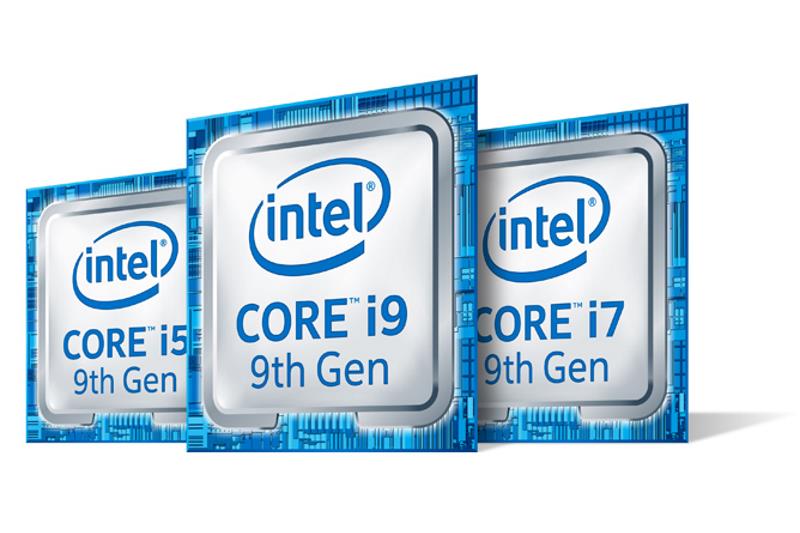 Intel has announced that it will launch its 9th generation 'Coffee Lake' Core CPUs for mainstream and high-performance laptops in the second quarter of this year. The company has not yet disclosed specifics of the models to be launched, but says that the lineup will include new Core i9 mobile CPUs that will be used in top-end laptops for gaming and digital content creation. The teaser was part of Intel's presence at the ongoing Game Developers' Conference in San Francisco, since Intel will be targeting gamers who want premium quality graphics at high framerates in the latest games, all while streaming simultaneously.

Although the company did not announce any specifications or even model numbers, Techspot reported a leak last month pointing to two new models in each of the Core i9, Core i7, and Core i5 tiers. The purported top-end Core i9-9980HK model is said to feature eight cores with Hyper-Threading for a total of 16 threads, and a top boost speed of 5GHz. A slightly cut-down Core i9-9980H would run at up to 4.8GHz. The two Core i7 models in the allegedly leaked list were the Core i7-9850H and Core i7-9750H, both with six cores and Hyper-Threading enabled. Boost speeds for the two are said to be 4.6GHz and 4.5GHz respectively. Finally, the purported Core i5-9400H and Core i5-9300H are both said to have four cores with Hyper-Threading, running at up to 4.3GHz and 4.1GHz respectively.

Although Intel hasn't confirmed this, the upcoming 9th Gen laptop CPUs should be based on the same 'Coffee Lake' architecture as as the desktop 9th Gen family introduced late last year. They should also be manufactured using Intel's latest 14nm++ process technology. With a Q2 2019 release timeframe, we can expect to see laptops based on these new processors no later than the annual Computex trade show in the last week of May.

Intel also held the first of a planned series of graphics-focused events under its Odyssey banner, to foster engagement with gamers and enthusiasts ahead of the planned 2020 launch of a discrete Intel GPU for gaming. The company teased a new UI for a GPU configuration tool last week, and formally unveiled the new Intel Graphics Command Center software at GDC. Intel says it is built from the ground up with a modern UI and will allow one-click optimisation of game settings. The tool will have simple explanations of each setting, and show before-and-after comparison images to help users understand what each one does. Beta testers will be able to check out an early access version of the tool starting today.

Next, Intel announced its new GameDev Boost marketing programme and 'Runs Great on Intel' certification for game developers. Intel will provide tools including software libraries, performance analysers and tutorials to help developers code their games to run on Intel hardware more efficiently. This will help the company compete against AMD and Nvidia, which have been running similar efforts for years.

Holi 2019: 5 Apps That Will Add More Colour to Your Holi Memories