SK Hynix is already the world number two maker of DRAM chips, used in computers and servers, and the second-largest chipmaker overall. 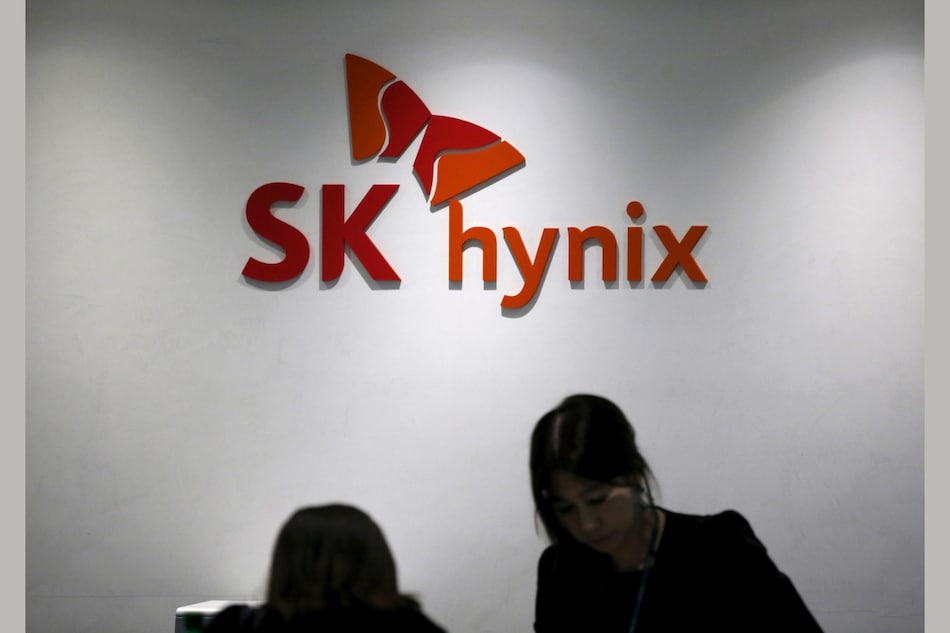 SK Hynix is already the world number two maker of DRAM chips, used in computers and servers, and the second-largest chipmaker overall.

But it has lagged in the market for flash memory, or NAND chips, which are used in everyday devices such as smartphones and USB storage drives, as well as industrial and medical equipment.

SK Hynix ranked fourth by global NAND sales in the second quarter this year, according to market researcher Trendforce. Intel was sixth.

Their combination will see SK Hynix leapfrog Japan's Kioxia and Western Digital of the United States into second place with a market share of more than 23 percent, the Trendforce numbers showed.

The NAND and DRAM markets are both dominated by Samsung Electronics, and global chip demand has boosted profits for the two South Korean firms in recent years.

The pair compete to supply chips to American giants such as Apple, Dell and HP, as well as Chinese companies.

The Intel acquisition would strengthen the NAND operations of SK Hynix, which have "not been as strong as its other businesses", said Ahn Ki-hyun, vice-president of the Korea Semiconductor Industry Association.

"With the deal, the company has firmly cemented its second-largest position in the global semiconductor industry," he added.

"In the long run, the deal paves a way for it to become more competitive against Samsung."

The founding company of SK Hynix was originally part of the Hyundai group, one of the family-controlled conglomerates known as chaebol that dominate business in the world's 12th-largest economy.

In 2012, a multi-billion-dollar merger saw it become part of the SK Group, the third-largest of the chaebols, headed by Chey Tae-won, who is currently married to the daughter of late South Korean president Roh Tae-woo.

SK Hynix has grown to become a major company in its own right and is the second most valuable company listed on Seoul's KOSPI stock market with a market capitalisation of KRW 62 trillion (roughly Rs. 3,99,220 crores), behind only Samsung Electronics.

But SK Hynix shares were down more than two percent on the announcement in morning trade.

Its CEO Seok-Hee Lee said in a statement that the Intel acquisition will enable the firm to "proactively respond to various needs from customers and optimise our business structure", and make its NAND flash market position "comparable with what we achieved in DRAM".

The statement cited Intel CEO Bob Swan saying the deal allows the US firm to focus on "differentiated technology where we can play a bigger role in the success of our customers".

The acquisition will be paid for in cash, funded through existing reserves and borrowing, SK Hynix said.