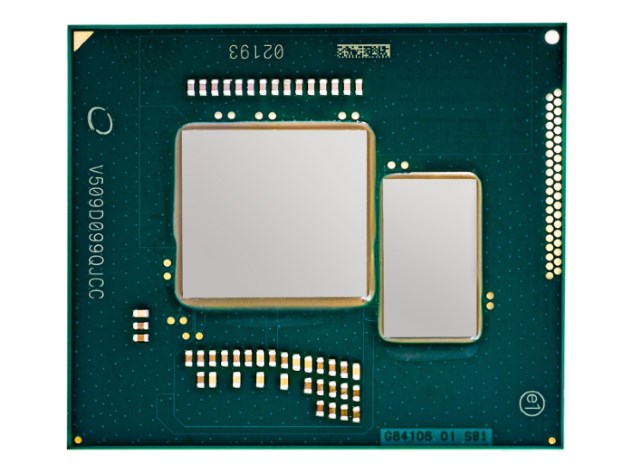 Intel formally announced the availability of desktop CPUs based on its fifth-generation 14nm "Broadwell" architecture during the opening keynote of this year's Computex trade show in Taipei, Taiwan. Five desktop processors were announced alongside five models for mainstream laptops. Only two of the desktop CPUs are available in the traditional socketed package, while the rest will be offered as BGA parts to be soldered directly onto motherboards.

The primary feature of Broadwell desktop chips will be Intel Iris Pro 6200 graphics, the highest tier of integrated GPUs offered by Intel. Iris Pro was previously only available on laptop versions of CPUs. Intel says that Iris Pro will give its chips a two-fold improvement in graphics processing capabilities and will also speed up GPU-dependant tasks such as video encoding.

Traditional tower desktops as well as small-form-factor boxes will therefore have better support for 4K video output, gaming, and other graphics-intensive tasks while remaining within a 65-Watt power envelope. Systems with the new processors should be available around the world within 60 days.

Intel is pitching the mobile versions of its CPUs as ideal for laptops as well as embedded applications such as meducal, public works and industrial applications thanks to the Iris Pro 6200 graphics, support for ECC memory and a guaranteed long lifecycle. Models range from the dual-core Core i5-5350H running at 3.0GHz to the quad-core Core i7-5950QH runnin at 2.9GHz. All have 47-Watt thermal envelopes.

Broadwell processors for ultra-thin laptops and convertible tablets were launched late last year under the Core M name, while slightly more powerful models for small-form-factor devices and thin laptops were announced in January. Today's launches round out the family, though it will be short-lived with the sixth-generation "Skylake" architecture set to launch before the end of 2015.