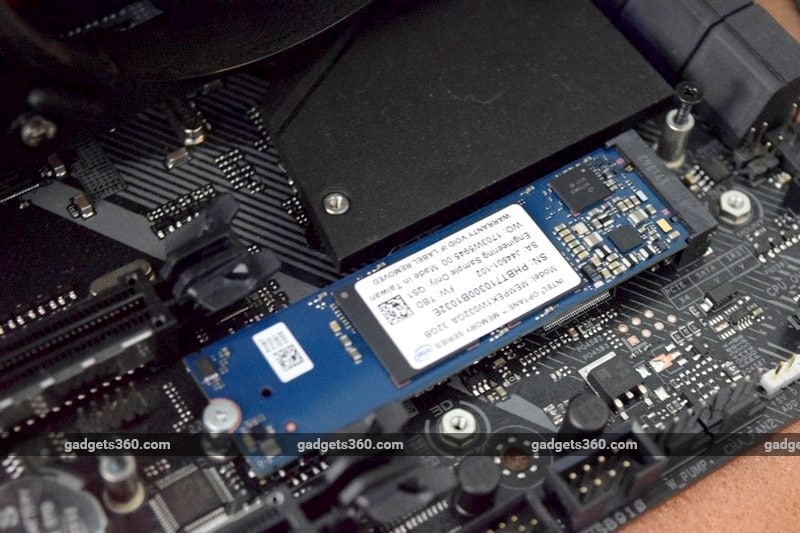 Intel Optane Memory can now be used on low-cost PCs with some Intel Pentium and Celeron processors, which should help improve speed and decrease boot times on the kind of entry-level computers that can benefit significantly. The company has updated its Rapid Storage Technology drivers to add support for the latest 8th Gen Pentium Gold and Celeron processors based on the Coffee Lake architecture. Users will also need a compatible motherboard with an updated BIOS and a free a PCIe M.2 slot, as well as a 64-bit installation of Windows 10.

Optane Memory is a storage acceleration tool that uses Intel's high-speed 3D Xpoint flash memory technology with a specialised software driver. Data can be written to the Intel Optane Memory module much faster than to a spinning hard drive, and files cached on it will load quicker. PCs will feel much more responsive in general, although large read/write operations will not benefit as much. At the time of its release, Optane Memory required at least a 7th Gen 'Kaby Lake' Core-series processor.

The Intel Optane Memory module is not treated as a separate drive, but as a single logical file storage location along with a paired hard drive or SSD. Modules are available in 16GB or 32GB can be installed in an existing Windows PC or set up from scratch. In our review of Intel Optane Memory, we found that it worked as advertised, but was not more cost effective than simply using a large SSD. We also noted that the minimum system requirements made it incompatible with older PCs in need of an upgrade, where it could be most useful.

The new compatibility with Intel's Celeron and Pentium Gold processors was first spotted by Anandtech. This could open up some interesting options for low-cost PC manufacturers who can source Optane Memory modules in bulk. Intel has launched three Celeron G-series models and five Pentium Gold G-series models using the Coffee Lake architecture. All of them are desktop processors. Mobile Coffee Lake models might launch in the near future.

Foxconn Said to Be Close to Trialling Production of Newest iPhone Models in India
How to Remove Ads From Xiaomi Phone: Step by Step Instructions to Disable Ads in MIUI 10