The new products should be available in early 2021 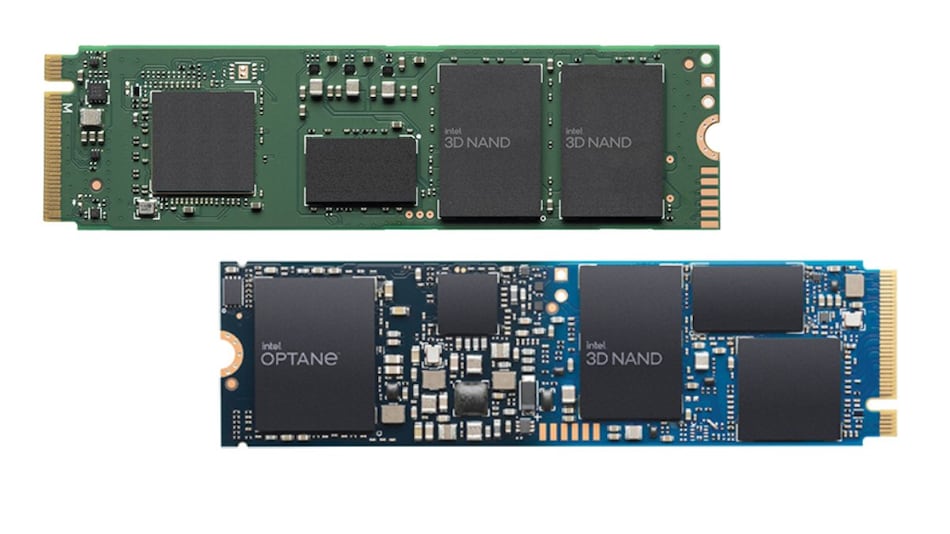 Intel has unveiled a number of new SSDs for client PCs as well as data centres. The lineup includes Optane Memory and Optane Persistent Memory drives, as well as 144-layer QLC and TLC flash-based drives to cater to various use cases. The company also disclosed new roadmaps for its enterprise customers. The announcements were part of a two-day Memory and Storage event which also included multiple keynotes, demonstrations, case studies, and developer sessions about memory and storage technology. Exact details about the pricing and availability of the six new SSDs has not been announced yet.

Starting with the Intel Optane Memory H20, which is an update to the Optane Memory H10 announced at CES 2019. Like its predecessor, it combines Intel's high-speed Optane Memory with traditional flash on a single PCIe M.2 module. It is aimed at slim and light notebooks and ultra-compact PCs which would not otherwise have space for multiple storage tiers. It will be marketed for performance and productivity as well as gaming and content creation. The two types of flash storage have their own controllers and split four PCIe 3.0 lanes between them. They do not directly interact with each other, but are tiered into a single logical drive using Intel's software. The Optane Memory caches important data to accelerate reads and writes while the NAND flash is used for storage as usual.

The Intel SSD 670p is a refresh of the SSD 660p. It features a new controller and 144-layer QLC flash storage on a PCIe 3.0 interface. It also benefits from improved cache allocation. It will be available in retail in 512GB, 1TB and 2TB models, and is aimed at mainstream PC use cases. Pricing and performance information have not yet been announced.

The rest of the products announced are the SSD D7-P5510 and SSD D5-P5316 NVMe data centre SSDs, with 144-layer TLC and QLC flash respectively; the second-gen Optane SSD P5800X; and the Optane Persistent Memory 300-series which uses the DIMM form factor. No other consumer SSDs,  standalone Optane drives or Optane Memory modules were announced.

Tom's Hardware reports that Intel also disclosed plans to develop PLC, or penta-level flash that will allow for five bits to be stored per cell, for future SSDs. Intel recently sold its NAND flash division to SK Hynix and has exited its partnership with Micron to develop 3D Xpoint, the type of flash used to develop Optane products.