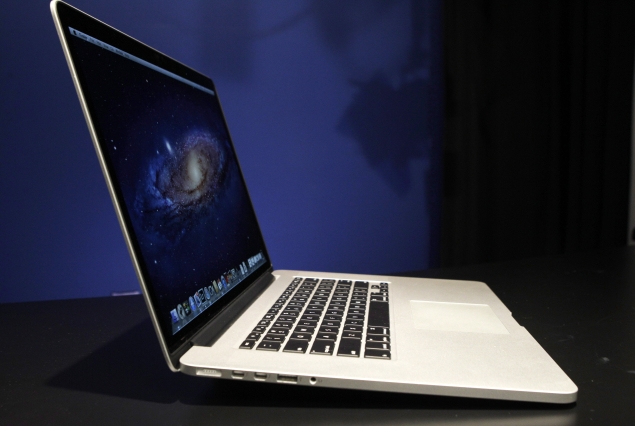 It's that time of the year again. Apple's annual developers' conference, WWDC starts in a week and we have Apple analysts already reading tea leaves.

Ming-Chi Kuo of KGI securities has predicted that he expects to see a refreshed Retina MacBook Pro and MacBook Air line-up at the WWDC Keynote on June 10th. While it's already being speculated that we'll see MacBooks powered by Intel's new Haswell processor, the analyst mentions that a new MacBook powered by the new chip will be in the spotlight.

Kuo also predicts that the Retina MacBook Pro's 13-inch version will sport a slimmer form factor making it more portable. It will also have an upgraded camera capable of capturing 1080p video in order to improve Facetime and video conference quality. If the prediction turns out to be true, it would imply that Apple would be refereshing the form factor of the Retina MacBook Pro in just a year's time.

Meanwhile, Kuo has also predicted that the MacBook Air will feature dual built-in microphones to deliver clear voice quality on Facetime and VoIP service. The Retina MacBook Pro already features this setup and Kuo says that Apple's received positive feedback for the same.

The analyst expects that Apple will put the non-Retina MacBook Pros in the background, though they will continue to be sold with Intel Ivy Bridge processors and configuration similar to the current line up that includes optical drive slots and high-capacity hard drives.

With Apple moving to solid-state drives with its thin portables, Kuo estimates that the percentage of MacBooks with SSD will rise from 45 percent in 2012 to 64 percent in 2013, much ahead of the industry's 15-20 percent average.

The analyst also expects a slowdown in Mac shipments on the lines of the global PC shipments. He expects Apple to ship 12 million units, down 1.6 million from 2012's sales figure of 13.6 million.
Comments