Intel Core i9-12900KS is capable of sustained 5.2GHz clock speed on all cores. 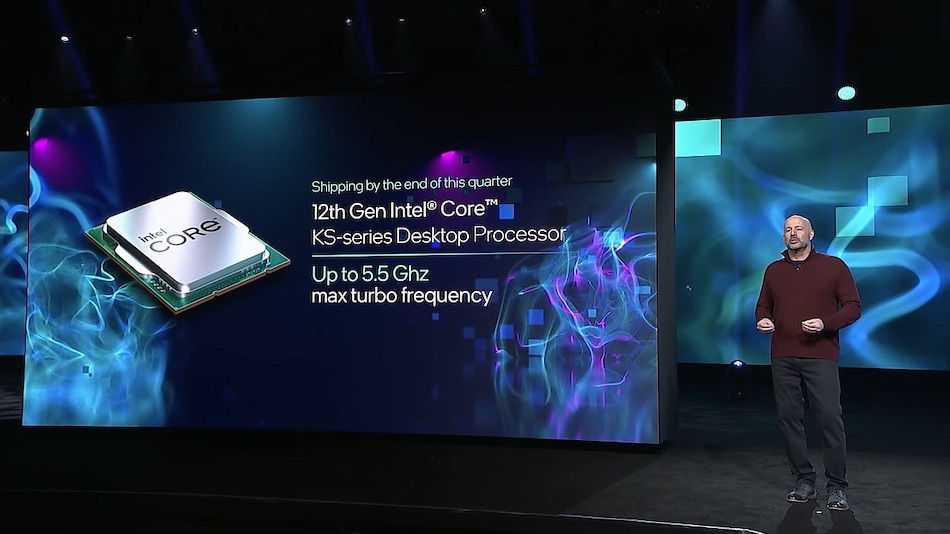 Intel is yet to reveal how much the new Intel Core i9-12900KS will cost.

Intel Core i9-12900KS was announced by the company at CES 2022. The 12th Gen Intel Core ‘Alder Lake' CPU offers a 5.5GHz boost clock speed on a single core. The new Intel Core i9-12900KS is also capable of functioning at 5.2GHz on all cores while performing heavy multi-core tasks, according to the company. This is the first Special Edition processor for desktops from Intel since the Core i9-9900KS in 2019 and will be available to manufacturers in Q1 2022, according to the company.

The new processor unveiled by Intel is similar to the Core i9-12900K CPU and sports eight performance cores and eight efficiency cores. The new 12th Gen Alder Lake Intel Core i9-12900KS offers up to 40 percent higher performance generation-on-generation, according to the company. The company also ran a live demo of the CPU running Hitman 3 at CES 2022, where the CPU was shown to maintain a clock speed of 5.2GHz on all eight performance cores. Intel is yet to reveal details of exactly how much power the new Intel Core i9-12900KS will draw, or how much the CPU will cost.

Intel Core i9-12900KS is specially binned for high performance, and this Special Edition chip follows the Intel Core i9-9900KS CPU that was launched at Computex 2019. Readers might recall that the 9th Gen Intel Core ‘Ice Lake' 10nm CPU offered users the ability to boost the CPU to 5.0GHz on all cores. Unlike its predecessor, the new Core i9-12900KS offers a 5.5GHz boost clock on a single core and the ability to sustain 5.2GHz on all cores, especially while gaming.