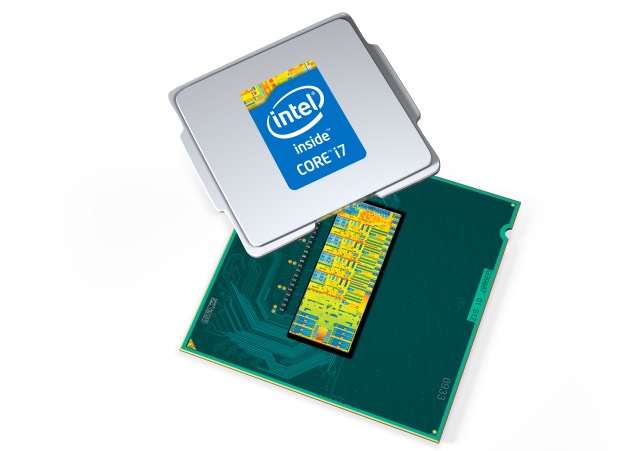 Intel has confirmed that socketed CPUs based on its fifth-generation Core architecture, better known by its codename Broadwell, will indeed be available for desktop PC enthusiasts. Broadwell has already made appearances in the Core M lineup for premium ultra-portable tablets and 2-in-1s as well as less expensive Core i3, Core i5 and Core i7 processors for notebooks.

The announcement was made at this year's Game Developers Conference, where the company last year announced a renewed commitment to desktop gamers and enthusiasts in the form of the unlocked and overclockable Devil's Canyon and Pentium Anniversary Edition products.

The unnamed processor was demonstrated at GDC, and Intel stated that it was unlocked to allow overclocking, and featured the company's highest tier of integrated graphics solutions, named Iris Pro. No further details were announced other than the fact that it has a 65W thermal envelope and will be available in mid-2015 (hinting at a possible release at the annual Computex trade show in the first week of June)


Iris Pro has so far been reserved for top-end notebooks, as it features an embedded DRAM cache on the processor to speed up data transfer between the CPU and GPU logic. A new generation of desktop chipsets will need to be released alongside, as desktop Broadwell will use a new socket called LGA1151.