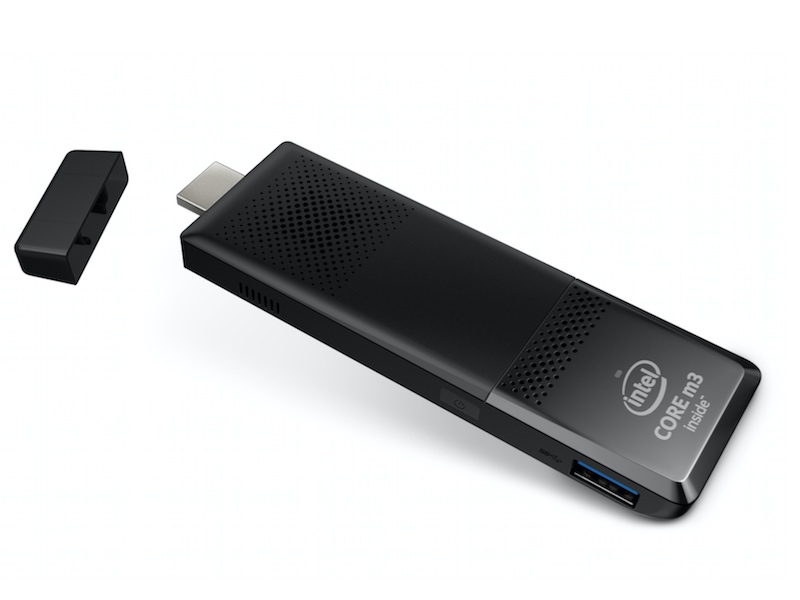 Intel at CES 2016 took the wraps off the next generation Compute Stick. The chipmaker is finally giving its miniature, dongle-shaped pocket computer a refresh, stuffing more processing muscle into it while also improving the aesthetics. The new version, is available in two variants powered by Intel Core M processors, starting at $399. The company has also quietly unveiled two low-end variants, powered by Intel Atom processors.

For the new generation Compute Stick, Intel is fixing all of the shortcomings that crippled the original flash drive-shaped device's performance. The new version comes with three ports as opposed to just one port in the original Compute Stick. One port forced users to use a USB-hub to connect multiple devices such as a keyboard, mouse and hard drive at once, which as you could imagine, also created performance issues.

As for other specifications, the new Intel Compute Stick is powered by Intel Core M processor (either Core m5-6Y57 vPro or Core m3-6Y30 Skylake CPUs) and 4GB of RAM, while sporting 64GB of inbuilt storage that's expandable via microSDXC card (up to 128GB). The Intel Compute Stick supports Intel Dual Band Wireless-AC 7265, HDMI 1.4b, Bluetooth 4.1. It ships with one USB 3.0 port on the dongle, and two USB 2.0 ports on the power adapter.

On the software front, it runs Windows 10 out-of-the-box. The company is also offering a variant with the same hardware specifications but without any operating system. The model (STK2M3W64CC) with Intel Core m3 processor and Windows 10 is priced at $399 (roughly Rs. 26,692), whereas the Intel Core m5 vPro-specced variant (STK2MV64CC) with no operating system is priced at $499 (roughly Rs. 33,382). A Core m3 variant (STK2M364CC) will also be available without operating system, but pricing has not yet been detailed. The Core m5 vPro variant is meant to serve as a business thin client, as is the Core m3 variant without an operating system. The company claims that both the variants are capable of handling 4K content.

The company has also unveiled two more models - STK1AW32SC and STK1A32C - that feature lower-powered Intel Atom x5-Z8300 Cherry Trail processor. Both the variants will be available to purchase in the first quarter of 2016. The STKAW32SC model comes with Windows 10, while the STK1A32SC will ship sans operating system.

As for the specifications, both the Cherry Trail models feature 2GB of RAM, and 32GB of inbuilt storage. Both the variants come with two USB ports (one USB 3.0, one USB 2.0), and supports Wi-Fi 802.11ac and Bluetooth 4.0. Other features include expandable storage support up to 128GB via microSDXC card, and an HDMI 1.4b connector. Both the variants are likely to cost around $159 (roughly Rs. 10,637).