Intel shared a preview of the upcoming 10nm Tiger Lake architecture at its CES event, and it will succeed Ice Lake. 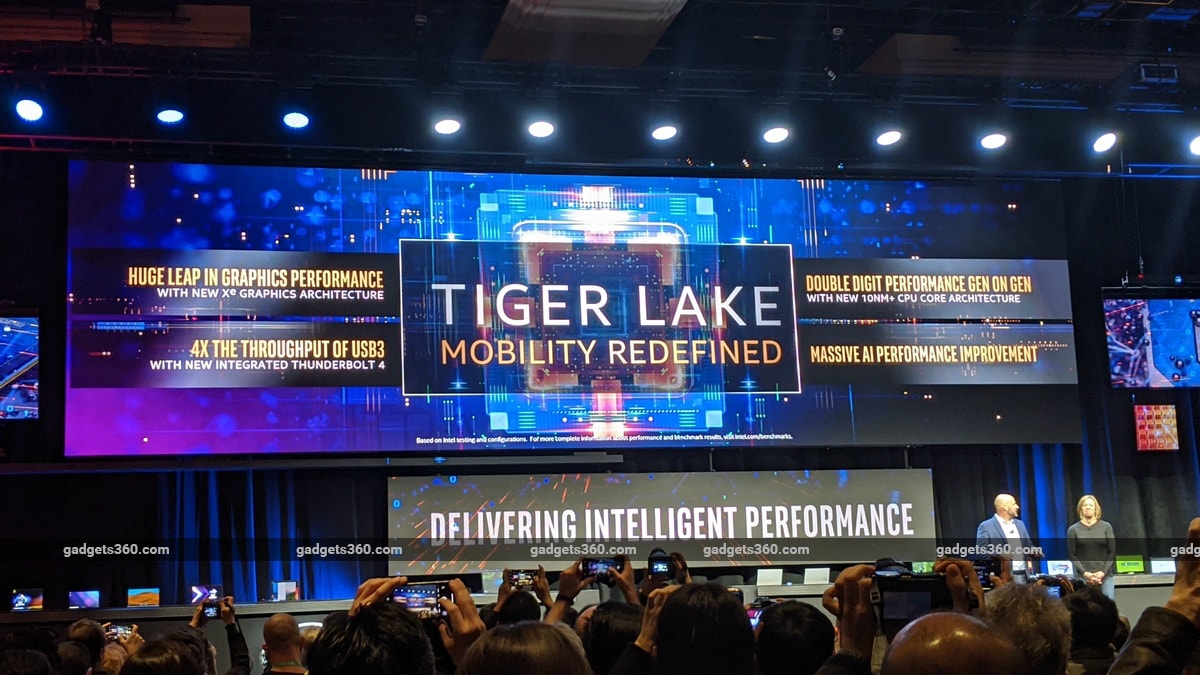 At its annual CES press conference, Intel focused heavily on how it is leveraging AI across its offerings, and how it sees huge opportunities in managing and processing the vast amounts of data being generated every day by the multiple smart devices each person uses. Company CEO Bob Swan identified three big tech inflections that will define the company's strategy over the next few years: 5G networks, AI, and intelligent edge computing. Intel sees AI as a $25 billion opportunity by 2024 and has invested heavily in developing new technology in-house as well as acquiring firms that specialise in it, most notably Nervana, Movidius, Mobileye, and Habana.

No specifications about Tiger Lake were announced, but Intel has confirmed that it will feature integrated Xe graphics, the result of Intel's rebooted graphics hardware initiative. This promises double the graphics performance of the current generation, bringing HD quality gaming to millions of slim laptops. Tiger Lake will also have improved AI integrations and native Thunderbolt 4 and Wi-Fi 6 for connectivity. OEMs will begin receiving Tiger Lake CPUs this summer, pointing to potential laptop launches by late 2020.

The DG1 discrete GPU is also based on the Xe graphics architecture and was demonstrated running in a slim laptop. Destiny 2 was shown running smoothly, though the rest of the test device's specifications and game quality settings were not disclosed on stage. DG1 is also expected to become commercially available this year.

Intel also announced a new revision to the Project Athena specification, which sets targets for the performance, battery life, responsiveness, and connectivity of slim laptops. There will be a new target design for dual-screen laptops. Intel also showed off the first two Chromebooks compliant with Project Athena, the Samsung Galaxy Chromebook, and Asus Chromebook Flip C436.

Intel and Lenovo then showed off the Lenovo ThinkPad X1 Fold, a foldable PC which will be available later this year. Users can unfold it to use it like a large tablet. A dual-screen concept notebook from Dell was also shown.

Finally, there was a new concept device called "Horseshoe Bend", which is a 17-inch OLED panel that can be folded into the size of a 12-inch laptop. The device bends like a horseshoe rather than folding flat on top of itself. It remains to be seen whether Intel or any company will commercialise such a concept.

Disclosure – Intel sponsored the correspondent's flights and hotels for CES 2020 in Las Vegas.