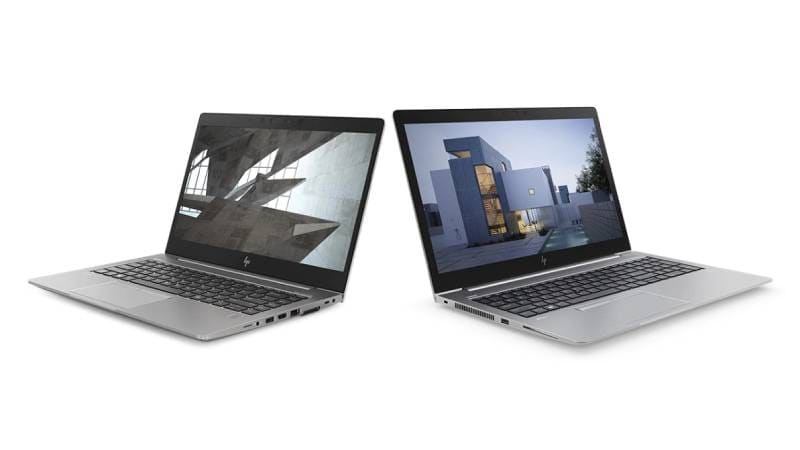 Intel has announced new vPro-enabled 15W CPUs based on its 8th Gen 'Whiskey Lake' architecture for thin and light business laptops. The vPro feature set enables remote management and security capabilities for corporate IT managers, and the Whiskey Lake family of processors promises improved connectivity and battery life, largely thanks to a newer platform controller compared to the previous-generation 'Kaby Lake' architecture. There are two new 15W vPro-enabled processors, the Core i5-8365U and the Core i7-8665U, which supersede the non-vPro Core i5-8265U and Core i7-8565U announced last year.

The new Core i5-8365U and Core i7-8665U are both quad-core CPUs with Hyper-Threading. While the Core i5 model has base and boost speeds of 1.6GHz and 4.1GHz respectively, the Core i7 model runs at 1.9GHz with a maximum boost speed of 4.8GHz. The two CPUs feature 6MB and 8MB of L3 cache respectively. Both feature Intel's UHD 620 integrated GPU and of course have 15W TDP ratings, though laptop manufacturers can configure a higher or lower TDP if their designs require it.

The Whiskey Lake platform controller, which is integrated onto the same physical package as the CPU itself, supports native USB 3.1 Gen 2 as well as a Gigabit-class Wi-Fi 6 controller with WPA3 security, in addition to the standard USB 3.0, SATA, Ethernet, audio, and PCIe functionality. Intel Optane Memory is also supported, and with this new launch, the company is promoting its new Intel Optane Memory H10 module which features fast 3D Xpoint as well as QLC NAND flash on the same M.2 module, and is also aimed at thin and light laptops.

With this launch, Intel is expanding its 8th Gen Core processor lineup more than a year and a half after its first debut, and just shortly before the expected launch of 9th Gen 'Coffee Lake' laptop CPUs to join existing 9th Gen desktop CPUs.

The vPro feature set is aimed at corporate IT departments that need to remotely manage and secure employee laptops, including the ability to protect against malware attacks and deploy Windows 10 updates. Intel says its Hardware Shield technology can help prevent against BIOS-level attacks and ensure that a laptop's operating system knows whether it is running on validated hardware.

Intel is also claiming up to 11 hours of battery life and up to 65 percent better overall performance compared to a three-year-old laptop, though of course these figures will depend on how laptop manufacturers choose to design and configure their products.

Intel says that Dell, HP, Lenovo, and Panasonic will be among the first to bring new laptop designs based on the 8th Gen U-series vPro CPUs to market, and HP has already announced new models in its ZBook and EliteBook product lines. The top-end workstation-class ZBook will be available in 14-inch and 15.6-inch variants and will feature up to 32GB of RAM, 2TB of SSD storage, and AMD Radeon Pro WX GPUs with 4K display options.

The refreshed HP EliteBook G6 series will be available in 13-inch, 14-inch and 15-inch versions, with a 13-inch 2-in-1 model also available. Some models and variants will offer optional LTE connectivity and discrete AMD Radeon RX 550 GPUs. Battery life is claimed to be up to 18 hours. Pricing has not yet been announced, and these laptops will go on sale internationally between now and June 2019.

Vivo Y17 Full Specifications Leaked Online, Retail Box Tips Design Details
Notre Dame Was Built by Craftsmen Eight Centuries Ago, Now It May Be Up to Robots to Save It