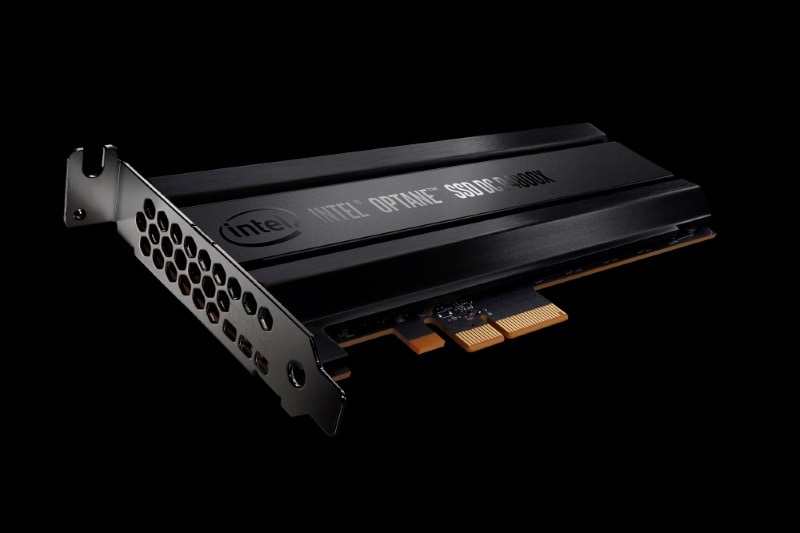 In a curiously low-key Sunday announcement, Intel formally launched the first product based on its highly touted '3D Xpoint' memory technology. First announced in mid-2015, 3D Xpoint is a joint effort between Intel and Micron. It was claimed to be a whole new class of solid-state storage, offering blazing fast speeds and far superior reliability to the flash memory used in mainstream SSDs.

The new Optane SSD DC 4800X is a 375GB SSD in a PCIe card form factor. It will be available in limited quantities, priced at $1,520 (approximately Rs. 99,384). Higher capacity models as well as U.2 form factor variants will follow later this year. The Optane SSD DC 4800X is targeted at workloads which benefit from extremely low latency and high responsiveness under load.

Intel says the drive can achieve speeds of 2GBps even at low queue depths, whereas flash-based SSDs only work their best with a queue depth of 32 or more. Moreover, a high volume of random writes and reads simultaneously without compromising each other, with latency remaining low even under extreme load. Endurance is rated at 30 drive-writes per day, or 12.3 total Petabytes written.

Along with this hardware, Intel has announced its Intel Memory Drive technology, which makes the Optane SSD DC 4800X drive appear to the operating system as RAM, rather than storage space. This allows a system to address far more memory than it is architected to support, with only slightly higher latency. Memory Drive manages this combined storage pool and allocates data to the physical RAM or Optane SSD automatically and transparently.

Intel claims that this capability means that giant data sets such as those used for machine learning, scientific simulations and big data analytics can be stored entirely within the low-latency memory pool for lightning-fast access. It also reduces costs compared to an equivalent amount of RAM.

When not used for that purpose, the Optane SSD becomes a new tier in the memory structure, between extremely fast RAM and non-volatile storage. Each individual byte of 3D Xpoint memory can be addressed independently, as opposed to structures comprised of pages and blocks

Intel's products based on 3D Xpoint will be branded "Optane", while Micron will be able to launch its own products under different branding. Intel has talked about Optane products that would fit into motherboards' RAM slots and use the much faster native memory bus. Intel has also said that this year, it will offer low-capacity 16GB and 32GB consumer SSDs that can be used to quickly flush and restore a PC's RAM when it goes to sleep and wakes up, eliminating the need for RAM to consume power.

Intel's Kaby Lake consumer platform, launched this year, supports future Optane memory and storage products. However, in-depth specifics of how the technology works have still not been disclosed.