All the components of the metal 3D printer — except the laser and robot systems — are designed and manufactured in India. 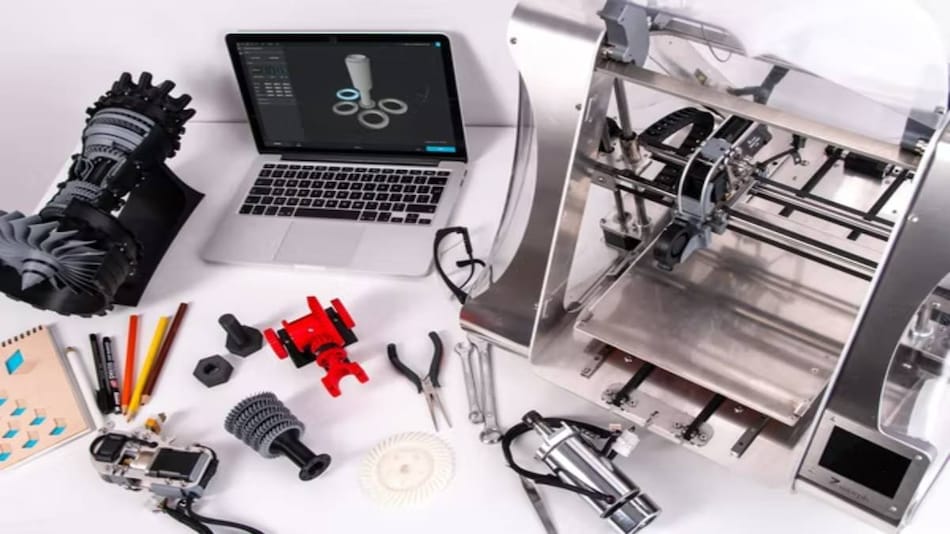 Researchers at the Indian Institute of Technology (IIT), Jodhpur, have indigenously developed a metal 3D printer for aerospace, defence and general engineering applications.

According to officials, all the components of the metal 3D printer, except the laser and robot systems, are designed and manufactured in India.

The project's main objective is to reduce the cost of metal 3D printers and attract a broader range of users, they said.

"Despite the fact that metal 3D printing technology started a few years after the launch of Polymer 3D printing, it is yet to experience the tremendous growth that the polymer 3D industry has achieved, especially in India.

"The high price of the product and the more expensive proprietary metal powders imported from abroad are some of the reasons for the limited growth of metal 3D printers," said Ravi KR, Associate Professor, Department of Metallurgical and Materials Engineering, IIT, Jodhpur.

"The printer developed is suitable for repairing and adding additional material to existing components. Hence, it is ideal for printing fully functional parts for a range of industries, like aerospace, defence, automotive, oil and gas, and general engineering, to name a few," he added.

V Narayanan, Associate Professor, Department of Physics, who is also member of the team said, this machine can print 3D parts with metal powders made in India. "In addition, India's first state-of-the-art variable spot size laser optics without compromising on laser beam homogeneity for laser cladding and additive manufacturing process is available in this machine.

"Our team has developed this machine's tool path planning software and coaxial nozzle. It also has in-situ monitoring technologies which constantly monitor the melt pool temperature and clad thickness during the additive manufacturing process," he said.