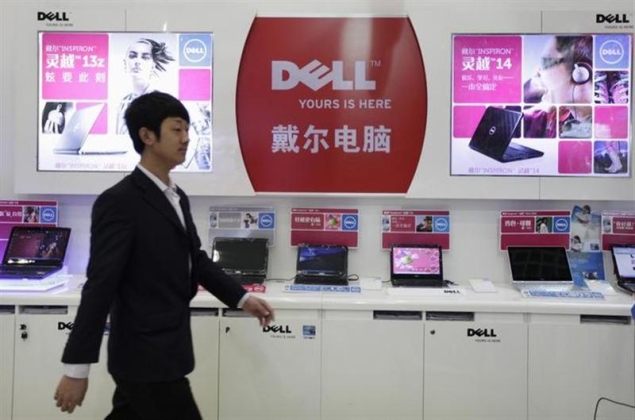 Icahn, who is known for shaking up management, has accumulated a stake in Dell representing 6 percent of the company, CNBC cited sources familiar with the investment as saying on Wednesday.

That would make the billionaire investor, known for challenging corporations on their strategy, the next largest shareholder after Southeastern Asset Management, based on previously available data.

The network reported that Icahn wanted Dell to take on debt of as much as $9 billion and pay out a special dividend to shareholders, and will likely oppose the deal.

Icahn's arrival on the scene typically puts companies and their boards on guard, because the outspoken activist investor has a reputation for aggressively demanding changes by building up stakes in target corporations.

Michael Dell has struck a deal to take private the No. 3 personal computer maker he created in a college dorm room in 1984 and is partnering with private equity house Silver Lake and Microsoft Corp. But the $24.4 billion deal is being opposed by some of Dell's major shareholders, including Southeastern Asset Management, which said the deal substantially undervalued the company.

Southeastern has considered whether to team up with another firm to attempt a counter bid to Michael Dell's deal, The Wall Street Journal said, citing people familiar with the matter.

Southeastern has demanded on Tuesday that Dell open its books, signaling it could become more active in opposing the offer.

Private equity group Blackstone Group is looking at Dell's books as part of the go-shop period, though the group's interest is priliminary at this point, a source familiar with the matter said.

A special committee of Dell's board of directors said earlier on Wednesday the pending sale of the PC maker was the best alternative for shareholders, despite opposition from its largest outside shareholder.

The committee, which had been analyzing Dell's situation for more than five months, said it had also looked at alternatives such as leveraged recapitalization, changing the dividend policy, selling parts of the business and working with the company's current business plan.

Active investment
Ichan, a billionaire investor who made his name in the 1980s with the hostile takeover of TWA, is known for his colorful speech - as during his now-infamous, expletive-ridden on-air spat with fellow Wall Street player Bill Ackman over the future of Herbalife. He is also famous for waging fierce battles with company management over what he perceives as the right corporate strategy.

Some of his recent battles include an effort to take over truck and military vehicle OshKosh Corp that he ultimately abandoned, and campaigning for a higher dividend payout from oil services firm Transocean.

Beyond tender offers and buying up shares on the public markets, the investor has also resorted to lawsuits, as in a long-running battle with Hollywood studio Lions Gate.

More recently, Icahn chalked up a massive gain after buying a near 10-percent stake in Netflix Inc in September, when he stated flatly that there were interested buyers for the movie-streaming service waiting in the wings - which have not emerged.

Icahn's stake in Dell is likely to make it difficult for Michael Dell to buy out the company, especially if he opposes the move.

Michael Dell's goal is to facilitate Dell's difficult transition from a commodity maker of computers into a provider of services to enterprises as a private company, away from Wall Street's scrutiny.

But since the deal was announced, a number of investors have said the price was too low.

Shareholders representing almost 14 percent of Dell shares, led by Southeastern with a stake of more than 8 percent, including options, have said they will vote against the proposed buyout. The third largest shareholder, T. Rowe Price, has also spoken out against the deal.