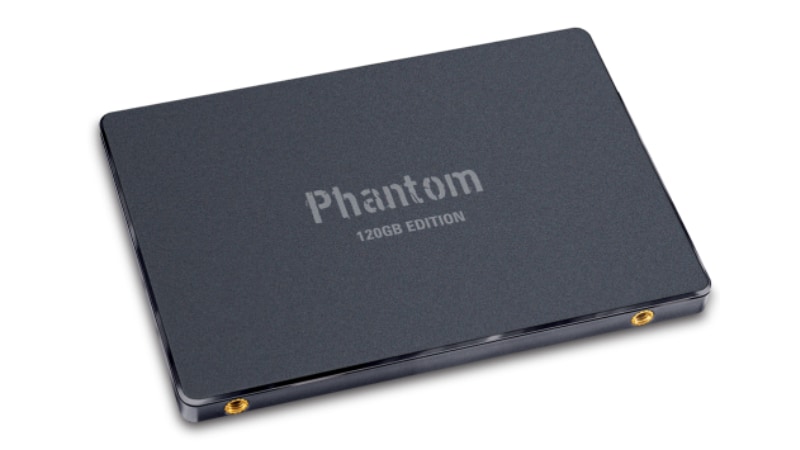 iBall on Thursday entered into the growing market of solid state drive (SSD) by launching its first, high-speed SSD called 'Phantom'. The new 2.5-inch SSD comes in 120GB, 240GB, and 480GB storage options and is equipped with 3D NAND flash and turbo-boost SLC Cache technology. The company claims that the latest solution also delivers up to 10 times faster boot-up time, shutdowns, and transfer times over conventional hard drives. Also, there are features such as TRIM Command, Error Correction Code, RAID, and SMART monitoring system. The SSD comes with a starting price of Rs. 5,425 and has three years of warranty.

The iBall Phantom SSD with 120GB storage is available at Rs. 5,425, while its 240GB storage version is priced at Rs. 8,425 and 480GB variant comes at Rs. 17,425. All the three variants are available for purchase through major retail and online stores in the country.

Among other features, the iBall Phantom SSD is equipped with the new-generation 3D NAND Flash and turbo-boost SLC Cache technology. The SSD is touted to deliver read speeds of up to 500MBps. Also, the 120GB version of the iBall Phantom SSD comes with up to 430MBps of write speed, while its 240GB and 480GB variants have 500MBps of write speed. The SSD is claimed to offer a low boot-up time in comparison with conventional hard drives and has a shock-proof and vibration proof design. Moreover, iBall claims that the latest SSD is ideal for desktops and notebooks.

Dual-SIM on iPhone XS and iPhone XR: Here's How to Set It Up on Jio