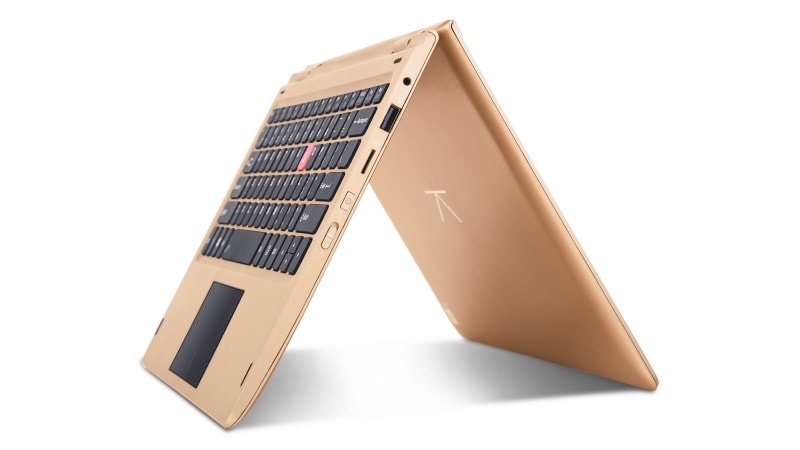 iBall has launched the CompBook i360 convertible laptop with 360-degree rotatable display in the Indian market. Available in Vogue Soft Gold colour, the new iBall CompBook i360 is powered by Windows 10 and costs Rs. 12,999. iBall says the laptop "shall be available at leading retail stores in many places and within a week at all prominent stores across India." The company had aso launched the CompBook Flip-X5 laptop with a 360-degree rotatable touchscreen display in October earlier this year.

The company says that the multi-tasking tools made available with the iBall CompBook i360 laptop will help it find users in students, small-businesses, and even first time users. "With RDS3T (Robust Double Spindle 360-degree Technology), it can convert into four modes: Laptop, Tablet, Stand Mode and Tent Mode," iBall said in its release.

iBall ComBook i360 sports an 11.6-inch HD touchscreen display with support for multi-touch. The new ComBook i360 laptop is powered by a 1.84GHz Intel quad-core processor (unspecified) coupled with 2GB of RAM. It comes with an internal storage of 32GB, which is expandable via microSD card (up to 64GB).

iBall CompBook i360 features a front camera for video-chatting, dual-speakers, and a 3.5mm jack. As the name suggests, it features a 360-degree rotatable hinge as well.

Commenting on the launch of the iBall CompBook i360, Sandeep Parasrampuria (CEO and Director, iBall), said, " Mr. Sandeep Parasrampuria, Director and CEO of iBall said, "In this era of touch screen devices, our strategic partnership with Microsoft and Intel has created a seamless combination of futuristic design and functionality. The iBall CompBook i360 is by far the most affordable Touch Screen and 360 Convertible laptop in the market. Outfitted with the finest, the i360 powered by Windows 10 will strike the right connect with the dynamic needs of today's first-time aspiring user audience, looking for a touch-based laptop."