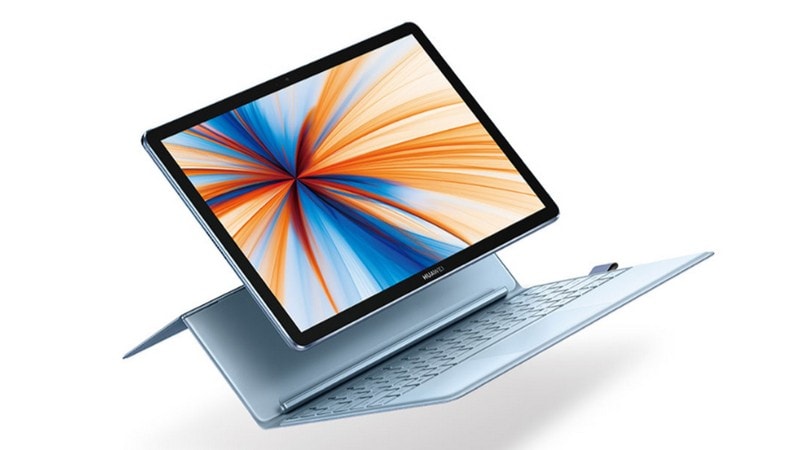 The Huawei MateBook E 2019 is powered by the Qualcomm Snapdragon 850 paired with 8GB of RAM.

Huawei MateBook E 2019 is the latest convertible to come out of Huawei's stables with support for 4G LTE connectivity. The MateBook E 2019 is powered by the Snapdragon 850 and comes with a ton of features in a sleek 2-in-1 form factor such as support for fast charging, 4x4 MIMO multi-antenna technology, Huawei Share support for faster file transmission, and fingerprint sensor among others. The new member of Huawei's MateBook series packs a touch-sensitive 2K IPS display with blue light filtering support and dual-speaker system with Dolby Atmos onboard for better audio output.

The Huawei MateBook E 2019 – an upgraded version of the original MateBook E launched back in 2017 - comes equipped with a 12-inch 2K (2160x1440 pixels) IPS display with 160-degrees viewing angle, 350 nits peak brightness, and a layer of anti-fingerprint coating on top. The display comes with TUV Rheinland Low Blu-ray certification, which means it can cut down on blue light exposure and reduce eye fatigue. The new Huawei offering is powered by the Qualcomm Snapdragon 850 paired with 8GB of RAM and the Adreno 630 GPU to handle graphics-intensive tasks. The storage capacity varies between 256GB and 512GB of UFS storage.

In the imaging department, the Huawei MateBook E 2019 offers a 13-megapixel rear camera and a 5-megapixel front camera. The device also has support for a stylus – the Huawei M Pen – which can distinguish between 2,048 levels of pressure. However, the stylus must be purchased separately. The battery capacity is rated at 36.3Wh, with Huawei claiming that the new MateBook-series member can last up to 10 hours on continuous full-HD video playback. There is support for fast charging as well, which allows the battery to go from 0-88 percent in just around 90 minutes.