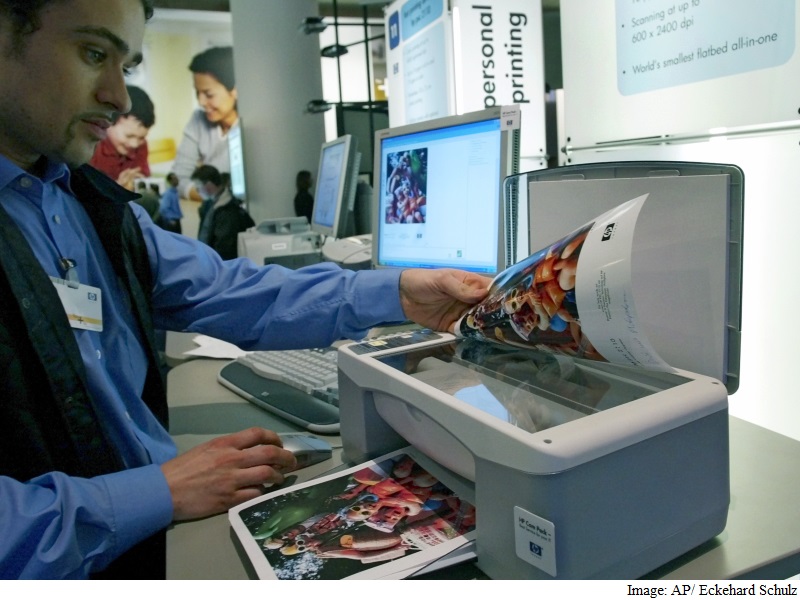 Hewlett-Packard went out with a whimper Tuesday, as the venerable computer-maker issued its final quarterly earnings report as a unified tech conglomerate, showing another drop in sales for most of its business divisions.

HP, which split into two companies at the start of this month, reported Tuesday that sales of its personal computers, printers, commercial software and tech services declined in the quarter ending October 31. The results show many of the challenges both spinoffs are facing.

But in a lone bright spot for the new spin-off known as Hewlett-Packard Enterprise Co., the company reported an increase in sales of data-center hardware, including computer servers and networking gear.

Like many of its tech industry peers, the Palo Alto, California-based HP has struggled to keep up with recent industry trends toward mobile and cloud computing. CEO Meg Whitman and the HP board decided last year to split the pioneering Silicon Valley company, founded in 1939, into two new companies. One is focused on PCs and printers, while the other sells commercial tech products.

The latest results were not a good sign for the spinoff known as HP Inc., as the company reported sales of PCs and printers were both down 14 percent from the same period a year earlier. HP Inc. also forecast adjusted earnings for the current quarter will be within the range of 33 to 38 cents a share, which is lower than the 42 cents analysts surveyed by FactSet had predicted.

Shares in HP Inc., fell more than 5 percent in extended trading after the report came out, after closing earlier at $14.64.

The news was better for the new HP Enterprise. While sales of high-end servers, software and tech services were down, the company said sales of its "industry standard" servers grew 5 percent and networking gear rose 35 percent. HP Enterprise is forecasting adjusted earnings for the current quarter will be within the range of 37 to 41 cents a share, while analysts were expecting 43 cents a share.

Shares in HP Enterprise rose more than 2.7 percent in after-hours trading, after closing earlier at $13.69.

In its last quarter as a combined company, HP reported $1.32 billion in profit on sales of $25.71 billion. Profit was down less than 1 percent from a year earlier, while revenue fell 9.5 percent.