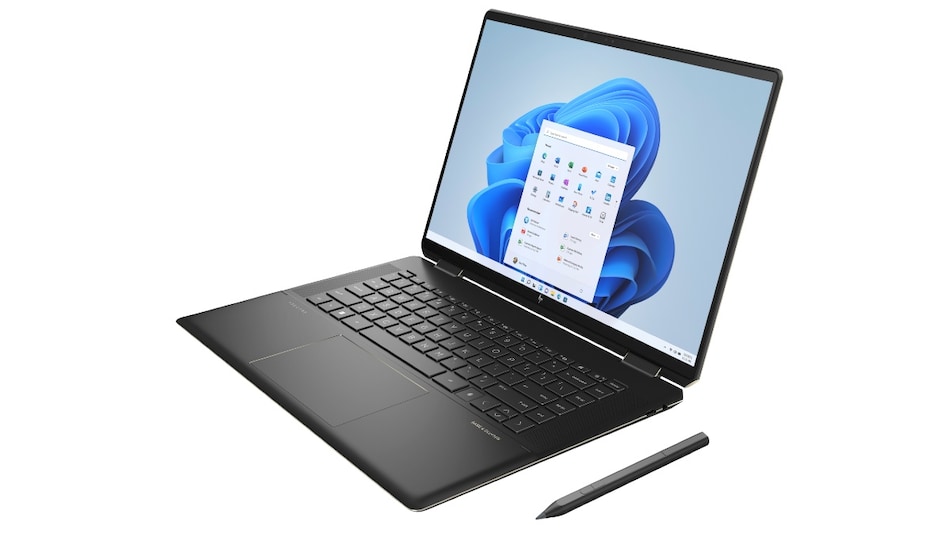 HP Spectre x360 series has been upgraded with new 16- and 13.5-inch 2-in-1 models. The HP Spectre x360 16 (2022) and Spectre x360 13.5 laptops come with 12th-generation Intel Core processors and run Windows 11 out-of-the-box. Both convertible laptops also include a 5-megapixel infrared (IR) camera with a shutter and features including temporal noise reduction to offer an enhanced video conferencing experience. HP has also integrated its proprietary Auto Frame and Dynamic Voice Levelling technologies to boost video and audio delivery.

Details on the India launch of the new HP laptops are yet to be confirmed.

HP has equipped the new Spectre x360 16 2-in-1 laptops with quad speakers that are backed by Bang & Olufsen audio and HP Audio Boost. The laptop also has a full-size, backlit keyboard that carries a fingerprint reader.

The laptop packs a 6-cell, 83Wh lithium-ion polymer battery that is supported by a 135W AC adapter.

Similar to the 16-inch model, the HP Spectre x360 13.5 comes with a full-size backlit keyboard. It, however, lacks a fingerprint reader.