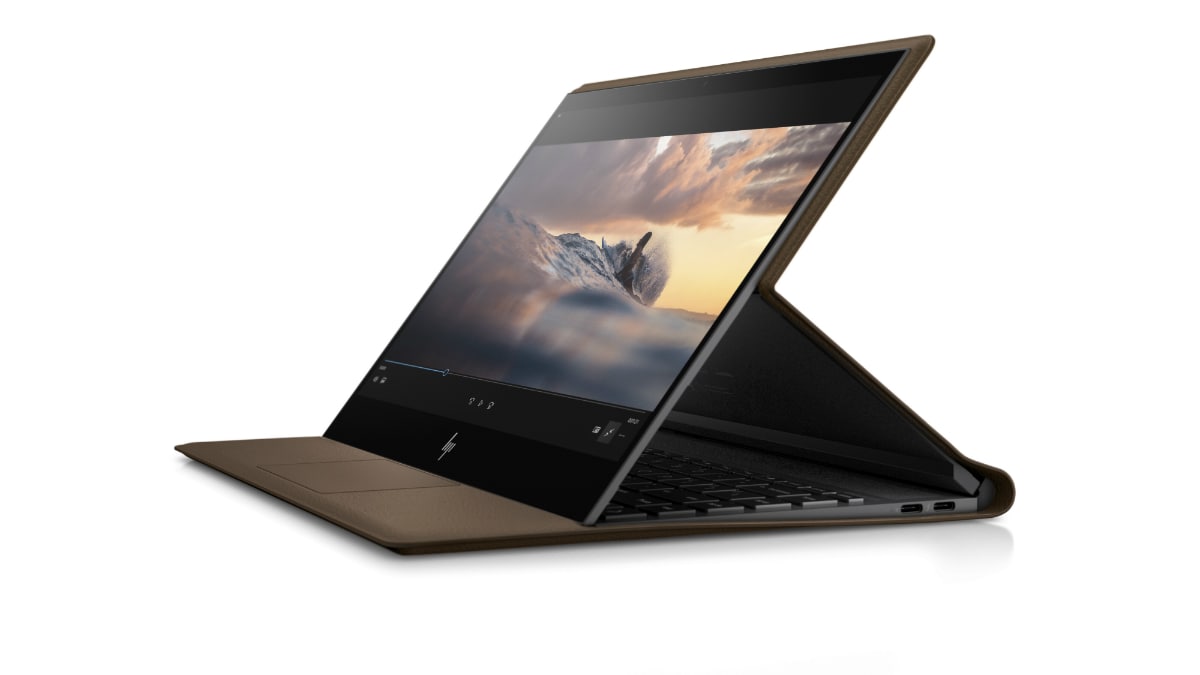 HP has expanded its Spectre portfolio in India

The HP Spectre Folio laptop comes in a unique foldable leather profile that surrounds the entire device and also allows it to be used in tablet mode as well. Touted to be the world's first leather convertible PC, it features similar specifications as the Spectre Folio Wi-Fi-only variant, apart from the SIM connectivity.

HP claims that the Spectre Folio has one of the smallest motherboards in the industry and has a fan-less internal architecture. The device has a hybrid front camera with IR hardware for Windows Hello authentication and runs Windows 10 Pro. The HP Spectre Folio LTE variant claims to offer up to 15 hours of battery life.

The laptop is available in Cognac Brown colour and is priced at Rs. 1,99,990. It will go on sale at select HP World stores, HPShopping.in, and other e-retailers.

HP Spectre x360 LTE convertible laptop has a 360 degree hinge that enables it to sit in laptop, tent, reverse, and tablet mode – just like its non-LTE variant. It comes with a privacy camera kill switch that allows the user to turn off the webcam when not in use. It features HP Sure View, an integrated privacy screen to help users avoid prying eyes in public areas. The laptop supports a fingerprint sensor, and flaunts a sleek metallic build.

It comes with up to 8th generation Intel Core i7-8565U processor paired with up to 16GB of RAM and up to 512GB of NVMe PCIe SSD storage. Bluetooth 5.0, dual-SIM LTE slots, and 2x2 Wi-Fi 802.11b/g/n/ac handle wireless connectivity, alongside Miracast support.

The new HP Spectre x360 LTE variant is available now in Dark Ash Grey, and is priced at Rs. 1,69,990. The laptop will be available at select HP World stores, HPShopping.in, and other e-retailers. The non-LTE variant now starts at Rs. 1,09,990 for the Dark Ash Grey variant while the Poseidon Blue version carries a starting price of Rs. 1,19,990.

“At HP, we are committed to reinvent the PC experience for consumers through new paradigms of computing innovation”, said Vickram Bedi, Senior Director, Personal Systems, HP India, in a statement. “We understand the needs of our customers and leverage our design and engineering capabilities to build premium devices that exceed their expectations of design, performance and quality.”