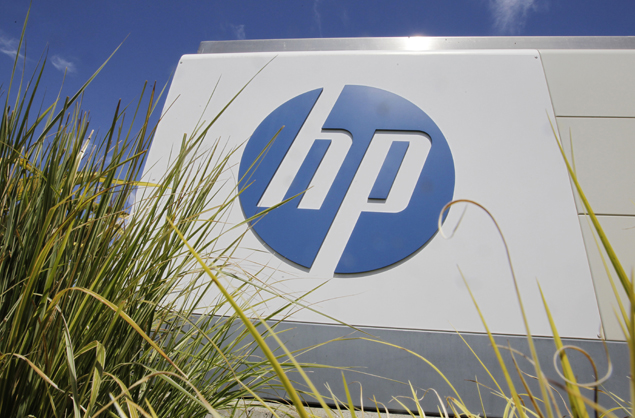 Hewlett-Packard Co. said that a British company it bought for $9.7 billion last year lied about its finances, resulting in a massive write-down of the value of the business.

CEO Meg Whitman avoided calling it a fraud, but said Tuesday that there were "serious accounting improprieties, disclosure failures and outright misrepresentations at Autonomy Corporation PLC."

HP is taking an $8.8 billion charge in its latest quarter largely to align the accounting value of Autonomy with its real value.

The revelation is another blow for HP, which is struggling to reinvent itself as PC and printer sales shrink. Its shares hit a 10-year low in morning trading.

Among other things, Autonomy makes search engines that help companies find vital information stored across computer networks. Acquiring it was part of an attempt by HP to strengthen its portfolio of high-value products and services for corporations and government agencies. The deal was greenlighted by Whitman's predecessor, Leo Apotheker, but closed in Oct. 2011, three weeks into Whitman's tenure.

Whitman said Autonomy's financial illusion started to unravel after founder and CEO Mike Lynch left on May 23. A senior Autonomy executive then volunteered information about the accounting shenanigans, prompting an internal investigation, she said.

The case has been referred to the U.S. Securities and Exchange Commission and the UK's Serious Fraud Office, she said. The company will also try to recoup some of the cash it paid for Autonomy through lawsuits.

On a conference call with Whitman following the earnings report, analyst Ben Reitzes of Barclays Capital asked who will be held responsible internally for the disastrous acquisition.

Whitman answered that the two executives that should have been held responsible - Apotheker and strategy chief Shane Robinson - are gone. But the deal was also approved, essentially, by the current board.

"Most of the board was here and voted for this deal, and we feel terribly about that," Whitman said. "What I will say is that the board relied on audited financials. Audited by Deloitte - not 'Brand X' accounting firm, but Deloitte. During our very extensive due diligence process, we hired KPMG to audit Deloitte. And neither of them saw what we now see after someone came forward to point us in the right direction."

Efforts to reach Deloitte, Lynch and Apotheker for comment were not immediately successful.

It was the second mammoth loss in a row for HP. In the third fiscal quarter, it lost a record $8.86 billion, or $4.49 per share. That was due to a charge for another acquisition - that of Electronic Data Systems, a technology consulting service that it bought for $13 billion in 2009. In that case, HP didn't blame improper accounting, just results that didn't live up to expectations.

HP's revenue was $30.0 billion, down 7 percent from last year. That was below analyst expectations at $30.5 billion.

The Palo Alto, Calif., company stuck to its previously given earnings forecast for the fiscal year that just started, but it issued a forecast for this quarter that was well below analyst expectations. It expects earnings, excluding items, to be 68 cents to 71 cents per share, while analysts were looking for 85 cents, according to FactSet.