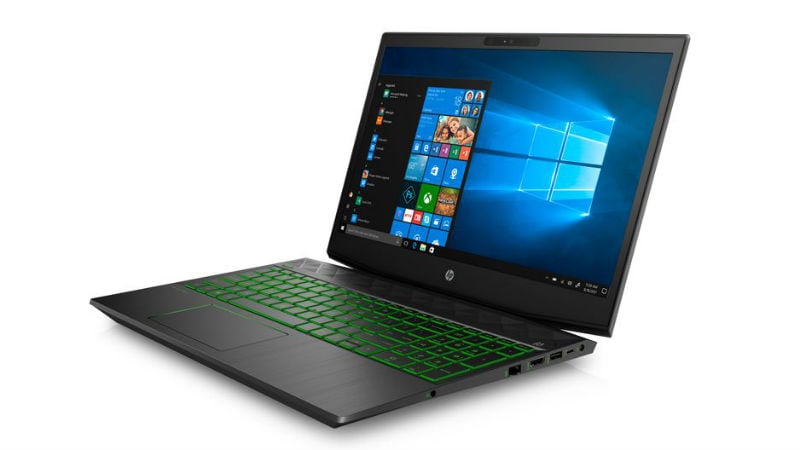 HP's Omen series might be the company's popular PC gaming lineup, but its Pavilion series provides worthy specifications to gamers at an affordable price point. The company is now giving a boost to the specifications by unveiling latest updates to its Pavilion Gaming desktops and laptops. The new HP Pavilion Gaming series launch includes a 15-inch laptop, two desktops, and a flat 32-inch monitor. All the devices are expected to ship in the next few months.

The Pavilion Gaming Laptop sports a 15.6-inch display. It will be offered in a number of configurations. The laptop has 8th-generation Core i5 or i7 processors (either U- or H-series), coupled with 8GB of RAM. It has a combination of a 1TB HDD and solid state storage. The laptop will come with either an AMD Radeon RX 560X, an Nvidia GeForce GTX 1050 Ti, or at the higher end, an Nvidia GeForce GTX 1060 Max-Q. Also, it can also be configured with 16GB of Optane memory.

Apart from the PCs and laptops, HP has unveiled a 32-inch HDR display that supporting VESA DisplayHDR 600. The screen can reach up to 600 nits of brightness with a contrast ratio of 6,000:1 and 95 percent of the DCI-P3 colour gamut scale. The display has a 2560~CHECK~1440 pixels QHD resolution and uses AMD FreeSync technology for a 75Hz refresh rate with 5ms of response time.