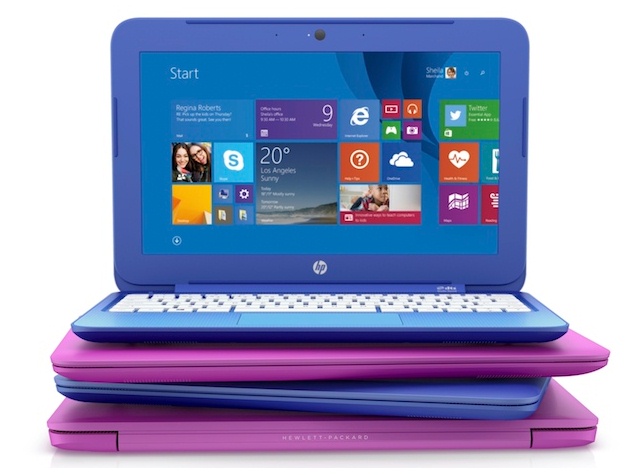 The PC giant's Stream family of devices is meant to offer low-cost Windows options, and are part of Microsoft's move to counter the Chromebook threat. The new batch of devices was also unveiled on the Windows blog.

The HP Stream 11 features an 11.6-inch HD display and HP Stream 13 features a 13.3-inch HD display, with both laptops coming with a touch display option. Both the laptops are powered (via Engadget) by Intel Celeron N2840 SoCs that are coupled with Intel HD Graphics, 2GB of RAM and 32GB of eMMC flash memory. HP says that the two laptops feature an innovative fanless design for cool and quiet operation.

Additionally, HP Stream laptops come with a one year free subscription of Microsoft Office 365 Personal which includes 1TB of OneDrive storage and a $25 (approximately Rs. 1,500) gift card for apps or games purchases from the Windows Store.

HP hasn't revealed the complete specifications for both the Stream tablets, but Engadget reports a few specifications gathered at an HP event in New York - including an Intel Atom Z3735G quad-core processor; 1GB of RAM; 32GB of inbuilt storage which is expandable via microSD card (unknown maximum capacity), and Bluetooth 4.0.