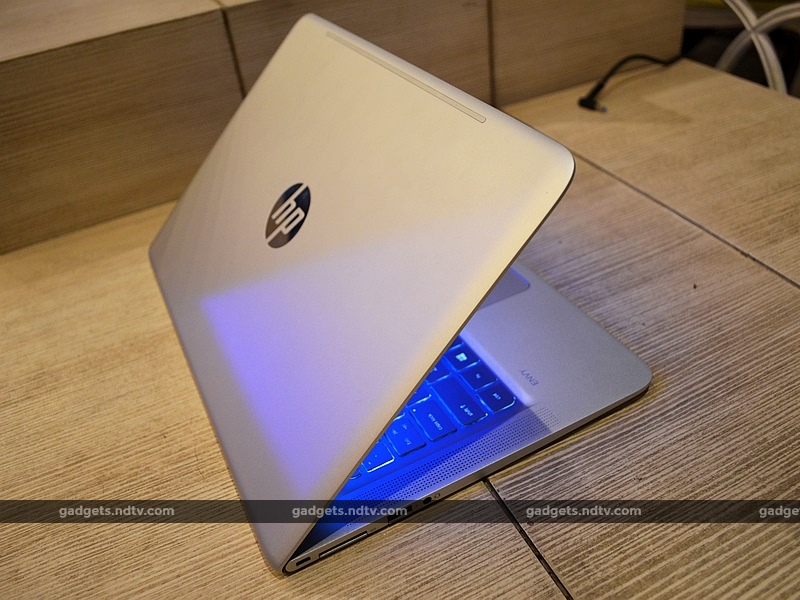 HP on Wednesday launched a slew of consumer and commercial PC devices in India. While the HP Envy 13, Pavilion 13 x360, and Pavilion 15 Star Wars Special Edition are consumer-facing products, the HP ProBook 430 G3 laptop, ProOne 400 G2 AiO, and ProDesk 400 G2 devices are for commercial use. All the devices ship with Windows 10.

The slim HP Envy 13 (seen above) is just 12.95mm thick and has a metal body. Including a 13.3-inch display, it supports Windows 10's biometric Windows Hello login feature with an integrated fingerprint sensor. It will be available with sixth-generation Intel Core i5 and i7 processor options and promises up to 10 hours of battery life. Bang & Olufsen sound is standard. The laptop weighs in at 1.3kg and is 12.95mm thin - claimed to be the company's "thinnest notebook ever". It sports a metallic build. 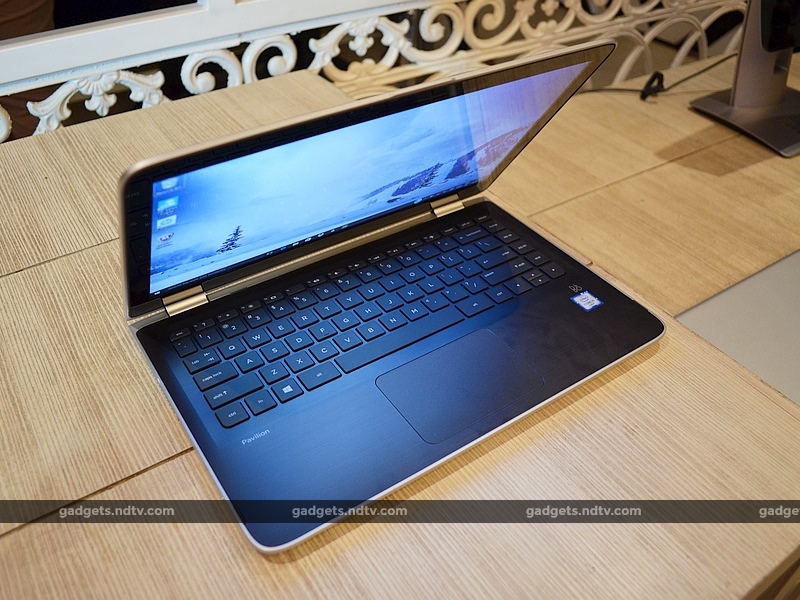 The HP Pavilion 13 x360 (seen above), as the name suggests, is a convertible laptop which can be used in different modes as the display can be rotated up to 360 degrees. Featuring a 13.3-inch full-HD (1080x1920 pixels) resolution IPS touch display, the device comes with sixth-generation Intel Core i5 and Core i3 processor versions, clubbed with Intel HD GPU. The base model features 4GB RAM, 1TB SATA drive (5400rpm), HP TrueVision HD Webcam, and 48 Wh Li-ion prismatic battery. It measures 327.4x223.6x22.5 cm and weighs 1.71kg. 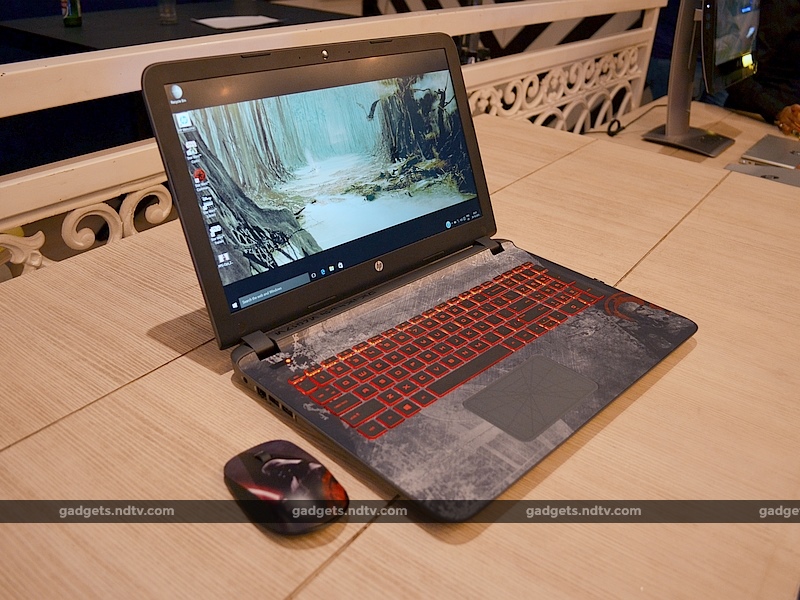 The Windows 10-powered HP Pavilion 15 Star Wars Special Edition (seen above), which was one of the highlights at the launch event, houses a 15.6-inch full-HD (1080x1920 pixels) resolution display. The laptop comes with sixth-generation Intel Core i5 processor and is rated to deliver up to seven hours of battery life. HP also showcased the Star Wars Special Edition Wireless Mouse along with the laptop. A simila- themed laptop sleeve is also available. Both accessories are sold separately. There's up to 16GB of RAM, an Nvidia GeForce GTX 950M GPU, solid-state and high-capacity hard drive options, Bang & Olufsen sound, and optional Intel RealSense camera. It houses 1TB of inbuilt storage, of which 35GB is reserved for the system. 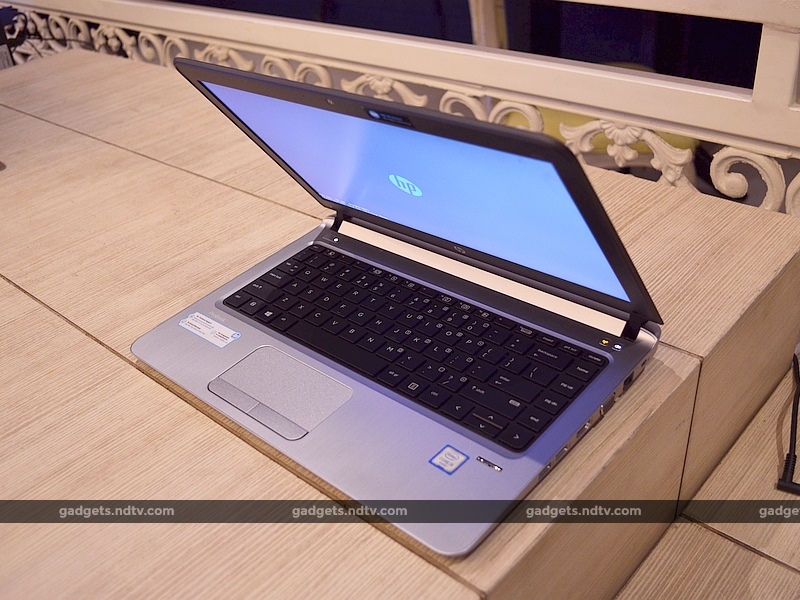 The ProBook 430 G3 (seen above) sports a 13.3-inch HD display and comes in sixth-generation Intel Core i3, Core i5, and Core i7 processor options. Supporting maximum 16GB of RAM, the laptop can be configured up to 1TB inbuilt storage. It features a HD (720p) front-facing camera. It comes with security features like HP Client Security and HP BIOSphere as well as the embedded TPM 1.2. 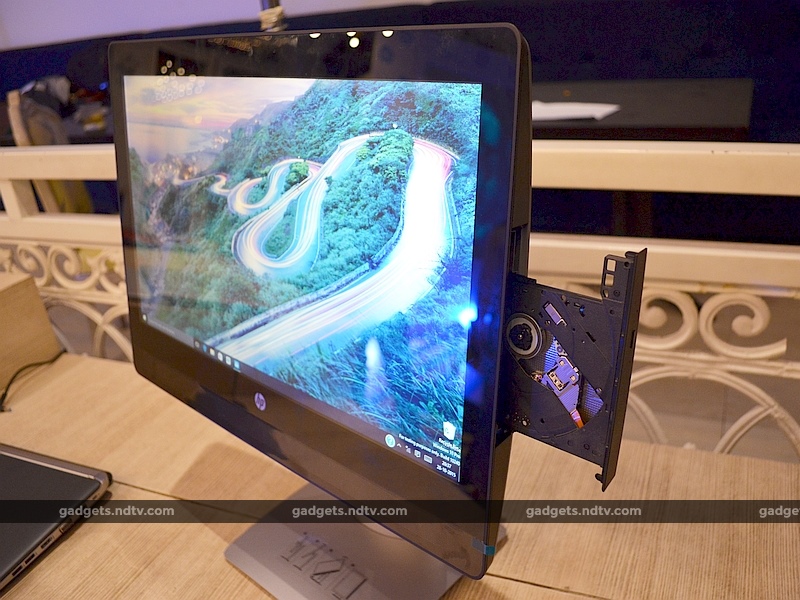 The HP ProOne 400 G2 AiO and ProDesk 400 G2, like others run on sixth-generation Intel Core processors and is designed mainly for SMBs. The ProOne 400 G2 (seen above) features a 20-inch IPS LCD display with 1600x900 pixels resolution and supports maximum of 32GB DDR4 SDRAM, and 2TB SATA drive (5400rpm) as well. Besides an 1-megapixle webcam, DTS Audio tech supports the AiO's sound system.