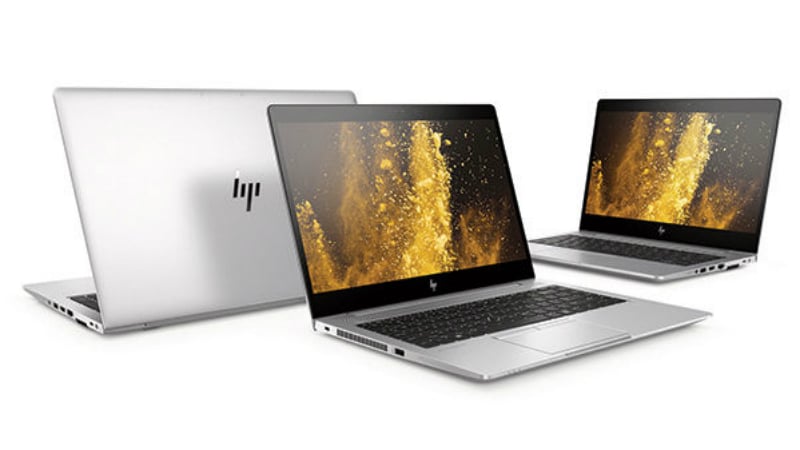 HP Inc on Wednesday announced the launch of several new notebooks, displays, and accessories. These include refreshed models in the HP EliteBook 800 series and ZBook series, the new Thunderbolt Dock G2, and four new 4K displays.

The refreshed EliteBook 800 business laptop series now comes with MIL-STD-810G certification, a world-facing, noise-cancelling microphone - in addition to one one towards the user - auto-adapting ultra-bright displays, 8th generation Intel Core vPro processors, and up to 14 hours of battery life. The HP EliteBook 830 G5 sports a 13-inch display, the EliteBook 840 G5 is claimed to be the world's thinnest 14-business notebook, and both the EliteBook 850 G5 and EliteBook 840 G5 come with AMD RX540 discrete graphics.

The ZBook 14u G5 is claimed to be the world's thinnest workstation, with a weight of 3.27 lbs (roughly 1.48 kg) and a thickness of 17.9mm. There is an optional 4K display with anti-glare technology. The ZBook 15u G5 sports 8th generation Intel Core i5 and Core i7 processors, AMD Radeon 3D graphics, and up to 2TB SSD.

The HP EliteDisplay S270n is the company's first 4K EliteDisplay that can send up to 60W of power to PCs over a single USB Type-C connection. Other 4K displays including the HP Z27 and the HP Z32 have also been announced. And, lastly, the new HP Z43 has been unveiled as HP's largest 4K display. All the three new displays in the HP Z range come with 10-bit colour and have USB Type-C connectivity with up to 65W power.