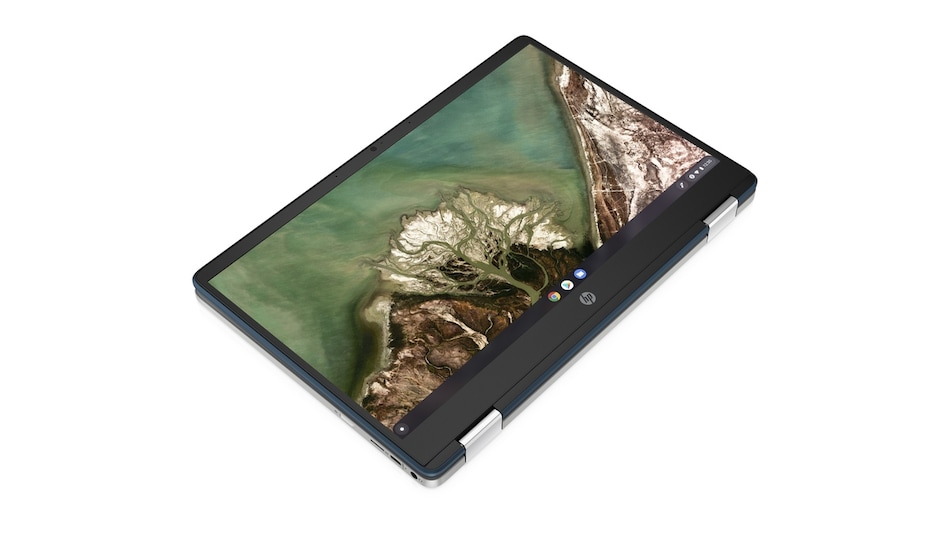 The new HP Chromebook x360 14a is priced at Rs. 32,999. The HP Chromebook is available to purchase via Amazon for Rs. 31,490. It is offered in Ceramic White, Forest Teal, and Mineral Silver colour options.

The latest Chromebook from HP is aimed at students aged between 4 to 15 years old. It runs Chrome OS and sports a 14-inch HD (1,366x768 pixels) touch screen with 250 nits of peak brightness and 45 percent NTSC coverage. Under the hood, HP Chromebook x360 14a is powered by an AMD 3015Ce processor with AMD Radeon integrated graphics and 4GB of RAM. The 64GB of eMMC onboard storage can be expanded via a microSD card (up to 256GB). Users will also get 100GB of cloud storage free for a year.

For video calls, it gets a 720p HD wide-vision webcam with integrated dual array digital microphones. For audio, it has dual speakers. The 47Whr battery on HP Chromebook x360 14a can last for up to 12.5 hours on a single charge — charged through a 45W USB Type C port. Connectivity options include Wi-Fi 802.11 a/b/g/n/ac, Bluetooth v5, two USB Type-C ports, one USB Type- A port, and a 3.5mm headphone jack. HP Chromebook x360 14a measures 326x220x18mm and weighs 1.49 kilograms.