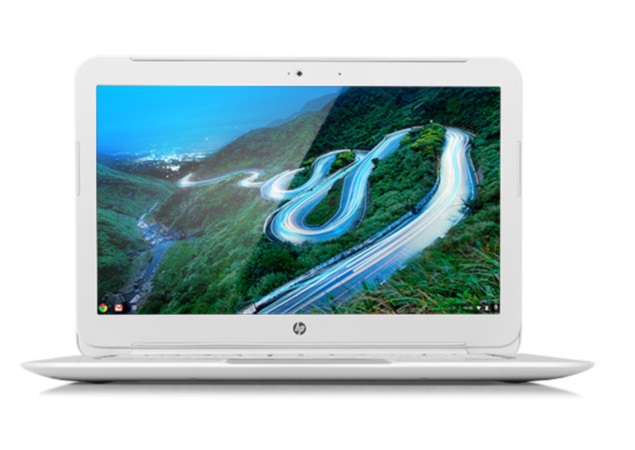 HP has launched the Chromebook 14 at the Intel Developer Forum in San Francisco.

The HP Chromebook 14 is the first Chromebook powered by an Intel Haswell processor. The company claims that the new Chromebook can last all day, thanks to the fourth-generation Intel Core (Haswell) processors that consumes less power to enhance battery life by approximately more than 2X over previous generations.

It features a 14-inch diagonal high-definition (HD) display with a resolution of 1366x768 pixels. The HP Chromebook 14 comes with a 16GB solid-state drive for fast start-up times. Connectivity ports on the new Chromebook include HDMI, USB 2.0, USB 3.0, headphone and microphone jack.

Certain models of the HP Chromebook 14 will come with 200MB of free data per month for two years of 4G mobile broadband service on the T-Mobile network, without any contracts.

The new Chromebook also comes with 100GB of free storage on Google Drive for two years and includes Google experience with Chrome apps that include Gmail, YouTube, Google Drive and Google+ Hangouts.

The company has launched the new model in three colours - Coral Peach, Ocean Turquoise and Snow White. HP notes that the all new Chromebook 14 joins the HP SlateBook x2, HP Slate7 and HP Slate21 all-in-one that offer a 'Google experience'.

The HP Chromebook 14 is expected to hit select markets in the United States before the holidays and will ship for $299.99.

Commenting on the launch, Ron Coughlin, senior vice president and general manager, Consumer PCs, Services and Solutions, HP said, "There are customers telling us they are interested in new operating systems and in particular Chromebooks. We built the HP Chromebook to offer a great experience, choice and affordability, with a design that is truly unique."