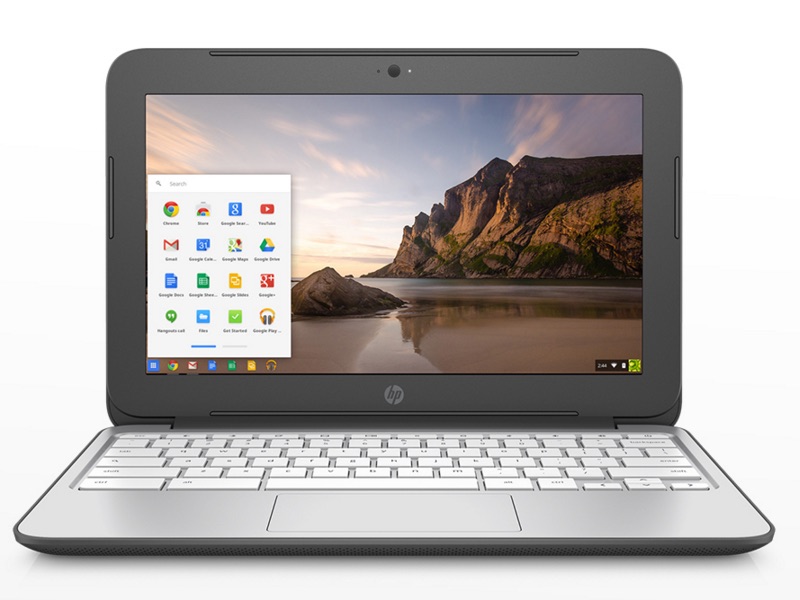 HP on Monday announced that it is refreshing its Chromebook 14 notebook. The company says that it is dropping the Nvidia Tegra SoC from last year's model to embrace an Intel-made chipset. The new Chromebook, apart from being cheaper, also offers a better battery life.

As for other specifications, the new Chromebook 14 is powered by a dual-core Intel Celeron N2840 (last year's model was powered by the Nvidia Tegra K1). You also get 2GB of RAM and 16GB of internal storage. In addition, Google will give you 100GB of Google Drive cloud storage valid for two years.

On the connectivity front, the Chromebook 14 comes with USB 3.0 and USB 2.0 ports as well as slots for HDMI and microSD card reader. The company says that the Chromebook 14's built-in battery can keep the notebook running for 9 hours and 15 minutes on a single charge - this, as opposed to 8 hours 15 minutes for the last-generation HP Chromebook 14.

The company also announced the Chromebook 14 G4 aimed at business and education customers. The Chromebook 14 G4 comes with built-in multi-layer security, enhanced virtualisation, console-based management, and VPN connectivity. It is priced at $279 (roughly Rs. 18,200), and will go on sale in the United States later this month.