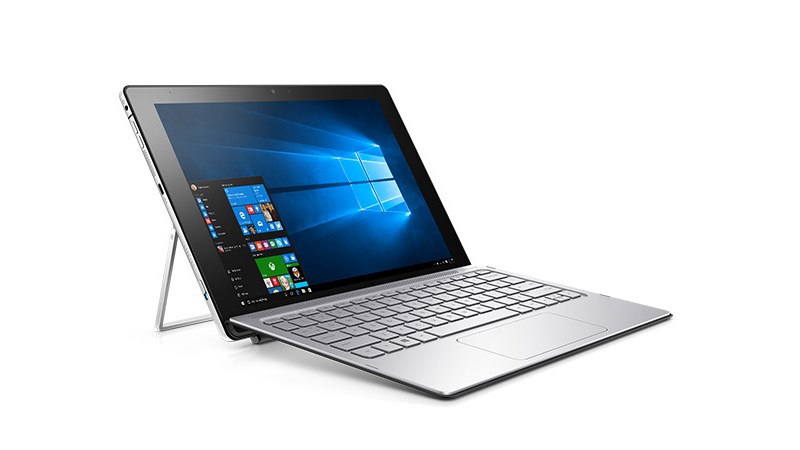 Following closely on the heels of Microsoft's big hardware announcements this week, HP has taken the wraps off a range of new desktops, tablets, laptops and convertibles. All come with Windows 10 and Intel's latest processors. The models will be available by the holiday shopping season.

The HP Spectre x2 is similar to Microsoft's Surface Pro series, with a 12-inch screen, kickstand, and detachable keyboard cover. The keyboard comes with the tablet, while you can get a stylus as an optional extra. The screen has a resolution of 1920x1280 pixels and there will be a choice of Intel Core m3, m5 and m7 processors, 4GB or 8GB of RAM, and up to 512GB of solid-state storage. There are two USB Type-C ports, Intel RealSense camera, and Bang & Olufsen sound. The Spectre x2 will be priced starting at $800 including the keyboard.

HP's Envy Note 8 is an 8-inch budget Windows tablet with an optional keyboard dock. The dock is actually larger than the tablet so that it's comfortable to type on. You get an Intel Atom x5 processor and 1920x1200-pixel screen as well as a stylus. The tablet can be rested on the dock in landscape or portrait, and the two can snap together for easy transportation. The tablet alone starts at $329, while the combination will cost at least $429. 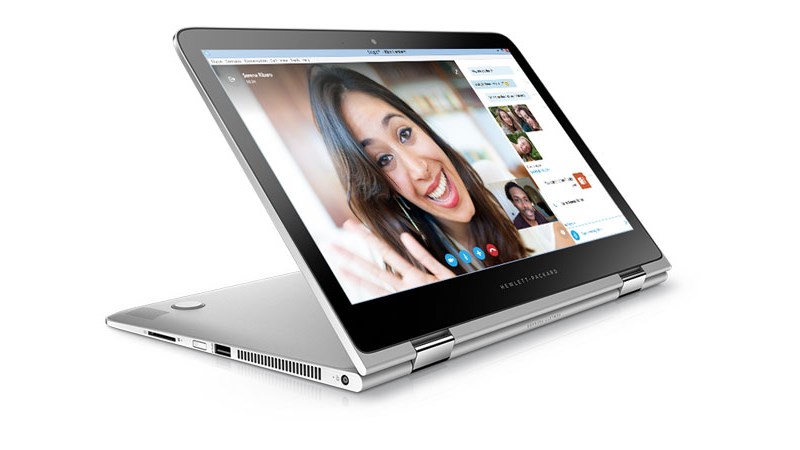 The new HP Spectre x360 features the same flip-over design as the existing model, but comes with refreshed hardware including new sixth-generation Intel Core processors, and 1080p or QHD 1440p touchscreens. Battery life is increased to between 13 and 15 hours depending on the specific configuration. Prices start at $900, with a Bang & Olufsen special edition starting at $1,300.

The slim new HP Envy 13 is just 12.95mm thick and has a metal body. It supports Windows 10's biometric Windows Hello login feature with an integrated fingerprint sensor. It will be available with sixth-generation Intel Core i3, i5 and i7 processor options and promises up to 10 hours of battery life. Bang & Olufsen sound is standard. There's no touchscreen but prices start at $850.

For gamers on a budget, the new HP Pavilion Gaming laptop will be interesting. It has green lighting and accents, and slots in alongside HP's higher-end Omen series. Intel's latest processors are standard, but the 15.6-inch screen has a resolution of 1366x768, with 1080p available as an option. There's up to 16GB of RAM, an Nvidia GeForce GTX 950M GPU, solid-state and high-capacity hard drive options, Bang & Olufsen sound, and optional Intel RealSense camera. 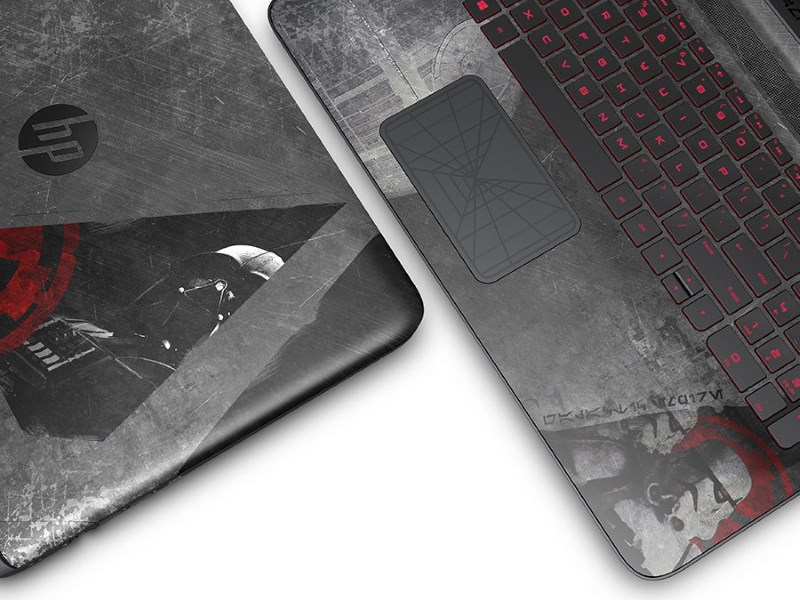 Engadget also reports a Star Wars Special Edition notebook which comes with body graphics and packaging evoking the "dark side". The entire body of the 15-inch laptop is decked out in the theme, including the touchpad. Even the foam packaging is in the shape of an Imperial Starfighter. The system font, icons and sounds have been customised, and HP promises a collection of rare themed content including screensavers, concept art, behind-the-scenes photos, wallpapers, notification sounds, an Aurebesh font, and bonus features from the Star Wars movies and comic books. In terms of hardware, there's a full-HD touchscreen, 12GB of RAM, a DVD-RW drive, and Bang & Olufsen sound. It will cost $700 and above. Matching accessories will be available as well.

HP also launched a few all-in-one desktops including the 34-inch Envy Curved All-in-One, which as its name suggests, has a curved screen. The 21:9 3440x1440-pixel screen is certified by Technicolor, and there's an Intel RealSense 3D camera that enables secure facial recognition. You can opt for an Nvidia GeForce GTX 960A GPU to power the screen. Other than standard sixth-generation Intel Core processors, the Envy Curved All-in-One comes with 8GB or 16GB of RAM, storage configurations including solid-state and regular hard drives, and Bang & Olufsen sound with six speakers. The device will retail starting at $1,800.

The other new Envy All-in-One models feature more traditional 23.8-inch or 27-inch flat panels but have pretty much the same specifications and options otherwise. The pair will sell for $1,000 and $1,200 upwards respectively.

The budget-minded HP Stream 11 and Stream 13 have also been refreshed, and now offer better battery life and updated Intel Celeron processors. The 11-inch model is a bit lighter and the 13-inch model gains a touchscreen option. The Stream devices are still cloud-centric and so local storage is limited to 32GB.