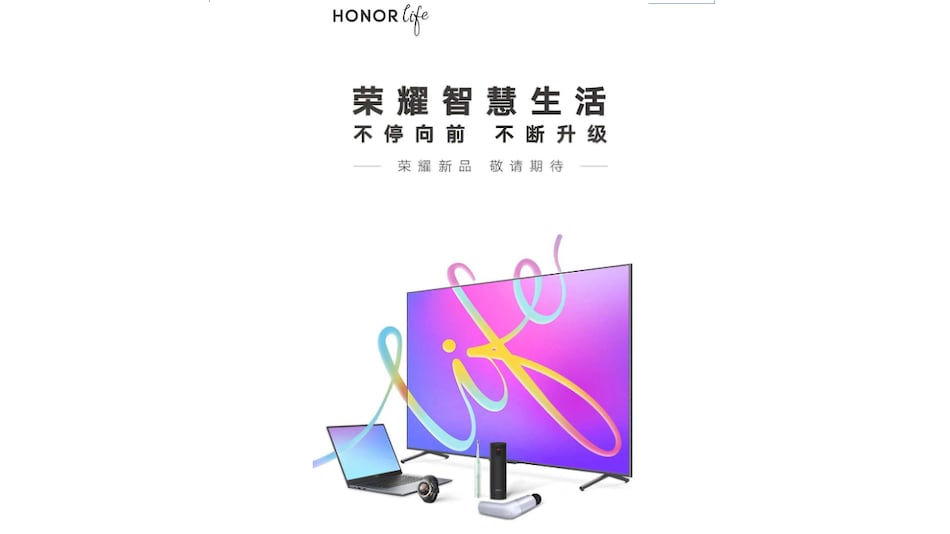 Honor could launch products like laptops, smartwatches, TVs, and toothbrushes this month, a report suggests. According to a leak, the soon-to-be-launched Honor Mall will unveil more than just the Honor V40. The source code of Honor Mall's homepage reportedly contained codenames of five new products. Recently, Honor had announced that it would be launching Honor Mall, its independent online shop, on January 12. Through a Weibo post, the company teased the upcoming ‘new products' that will be launched, with a poster hinting at the laptops, TVs, and more. Like other Chinese smartphone brands, it appears that Honor is also going to start building an 'ecosystem' of IoT products to use alongside its phones.

According to a report by a Chinese publication, the home page of the upcoming Honor Mall website revealed the following codenames in its source code: York, Nobel D, Bohr, Locke, Kanon. The webpage is down now.

York is reportedly the codename of the upcoming Honor V40 smartphone, which is expected to come with a quad rear camera setup, the MediaTek Dimensity 1000+ SoC, and a 4,000mAh battery. It may feature a 6.72-inch OLED display and come with 120Hz refresh rate. The smartphone was earlier expected to launch at the end of 2020.

The poster shared by Honor Glory Mall on Weibo hints at a variety of new products the company will launch. It features a laptop, smartwatch, TV, toothbrush, and more. This suggests that these products could be launched alongside ‘York' when Honor Mall launches. The poster also confirms that the online store will be launched in China on January 12.

Honor recently separated from Huawei. By expanding its range of products and heading into IoT, Honor will be joining the likes of Realme and Xiaomi, who have a variety of products besides smartphones, such as power banks, earphones, toothbrushes, smartwatches, smartplugs, and more.