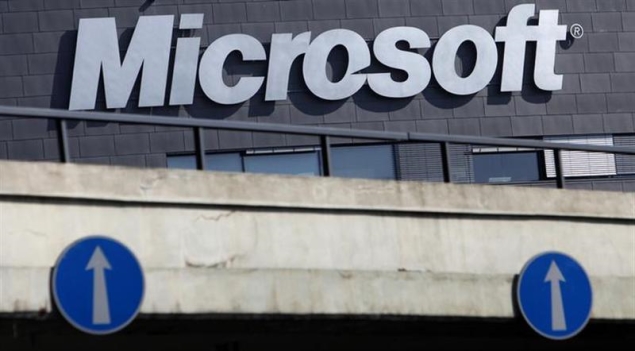 The stake was confirmed by ValueAct CEO Jeffrey Ubben at an investor conference in New York, after being first reported by CNBC television.

Microsoft shares rose as much as 4.8 percent to $31.18, touching their highest levels since last September, before paring gains. With Monday's jump, the stock is up 16 percent this year, putting it on track for its best annual performance since 2009.

One of the chief complaints of Microsoft's investors is that the stock is little changed today from where it was 11 years ago.

Ubben said at the conference that the firm will not do any public campaigning to affect Microsoft's strategy. But he did say that the world's largest software company should make Office, its most profitable product, more widely available outside of Windows.

Microsoft makes web-based versions of Office applications, such as Word, Outlook and PowerPoint, and also one for Apple computers. But it does not make a native version for Apple's hot-selling iPad, which one analyst suggested could be worth $2.5 billion in annual revenue.

At Friday's closing price of $29.77, a $2 billion stake would represent about 67.2 million Microsoft shares. That represents less than 1 percent of Microsoft but would be enough to make ValueAct a top-15 investor in the company, based on Thomson Reuters data.

ValueAct describes its management as being experts in "sourcing investments in companies they believe to be fundamentally undervalued, and then working with management and the company's board to implement strategies that generate superior returns on invested capital."

Most recently, ValueAct was involved in pushing industrial machinery maker Gardner Denver Inc to sell itself, an effort that culminated in a $3.74 billion deal with private equity firm KKR.

Microsoft and Steve Ballmer, its CEO for the last 13 years, have been the targets of much criticism over the past decade, chiefly for falling behind Apple Inc and Google Inc in the shift toward mobile computing.

But the company has not been subject to much overt shareholder protest. The most public challenge came two years ago, when Greenlight Capital's David Einhorn - who made his name warning about Lehman Brothers' financial health before the investment bank's collapse - called for Ballmer to step down.

Microsoft never responded publicly to Einhorn, but Ballmer has indicated he has no plans to step down and intends to stay on for another four or five years at least. Greenlight Capital has since cut its stake. At the end of last year it held a negligible 0.13 percent of Microsoft's outstanding shares.

Any attempt to force change within the company from outside would likely face opposition from its largest shareholder, Chairman and co-founder Bill Gates, who still owns 5 percent of the company. Ballmer is the third-largest holder with about 4 percent.