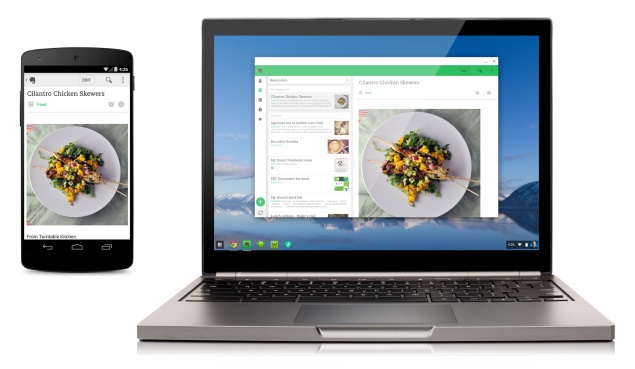 Google, at this year's I/O Keynote address, had revealed that Chrome OS devices (such as Chromebook and Chromebox machines) will be receiving Android app support. The company on Thursday announced it has brought the first set of Android apps to Chrome OS.

Ken Mixter, Software Engineer and Josh Woodward, Product Manager at Google, in a Chrome blog post titled "First set of Android apps coming to a Chromebook near you", announced the release of four Android apps and said, "Today, we're making Chromebooks even more mobile by bringing the first set of Android apps to Chrome OS. These first apps are the result of a project called the App Runtime for Chrome (Beta), which we announced earlier this summer at Google I/O."

The blog post also clarified that in the coming months Google will be working with select group of Android developers to bring more apps to the Chromebook. "Over the coming months, we'll be working with a select group of Android developers to add more of your favorite apps so you'll have a more seamless experience across your Android phone and Chromebook," blog post added.

Google is leaving no stone unturned to make its Chromebook a mainstream device for consumers. Sundar Pichai, Google's Senior Vice President Android, Chrome and Apps, had previewed some Android apps running on a Chromebook at I/O Keynote address.

The event saw some apps including Evernote, Flipboard, and Vine, being showcased running on a Chromebook based on Chrome OS. Pichai was also quoted saying, "We're in early days," regarding the new Android apps support on Chromebooks.

We can expect Google to announce few more Android apps compatible with Chrome OS in the coming months.

Buying the iPhone 6? Check How to Completely Erase Your Old iPhone First
RadioShack Warns of Bankruptcy as Losses Widen