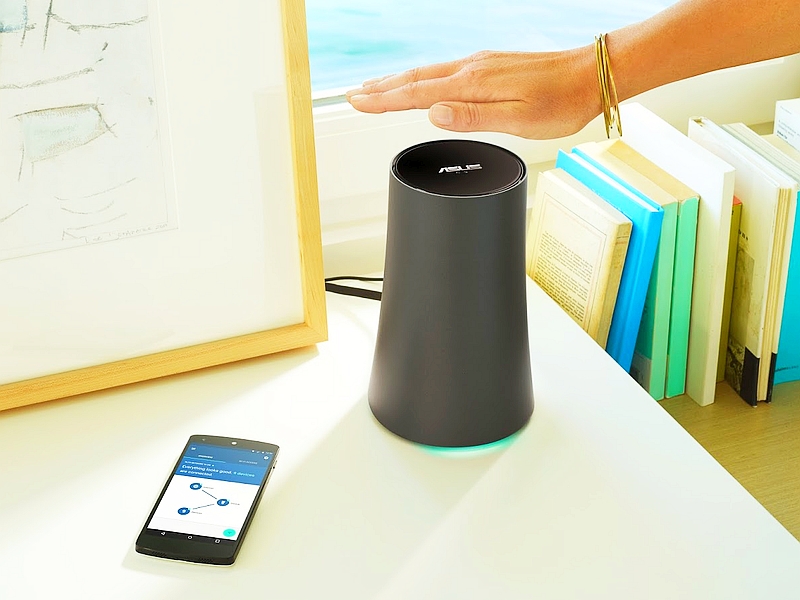 Google, after launching its first OnHub Wi-Fi router in August this year, on Tuesday introduced the device's next generation model made by Asus. To note, TP-LINK made the first router.

The Asus OnHub Wi-Fi router is priced at $219.99 (roughly Rs. 14,300), $20 (roughly Rs. 1,300) more than its predecessor, and can be pre-ordered from Google's own online store, Amazon and Newegg. While Google and Amazon have not yet mentioned when the router would be shipped, Newegg clearly states the devices to start shipping on November 3.

Like the first router, the cylinder-shaped Asus OnHub links with the Google On app on Android and iOS devices. To recall, the app lets users know who is connected with the particular OnHub router and how much Internet data they are consuming. The new router brings the Wave Control feature, to boost the Wi-Fi speed for a particular device by simply waving a hand over the router.

In addition, Google promised to roll out first software update for the OnHub series of routers in the coming week. The update would bring several performance improvements, including a new smart antenna algorithm. Post update, the router would be able to select the "best combination of antennas to direct Wi-Fi to your devices," said Trond Wuellner, Group Product Manager, OnHub on company blog post. "The best part is, if you already have an OnHub, your router will automatically update when your network is quiet so it won't interrupt your connection," he added.

As for the specifications, the Asus OnHub with model name AC1900 is backed by a dual-core 1.4GHz processor, and features Bluetooth Smart and Wi-Fi 802.11ac connectivity, with a Gigabit Ethernet WAN port, Gigabit Ethernet LAN port, and a USB 3.0 port. It bears a speaker, and an LED light ring at the base indicating different network statuses with different colours, and a proximity sensor on top. As per the Newegg listing, the router delivers Internet speed of up to 1900Mbps as well.