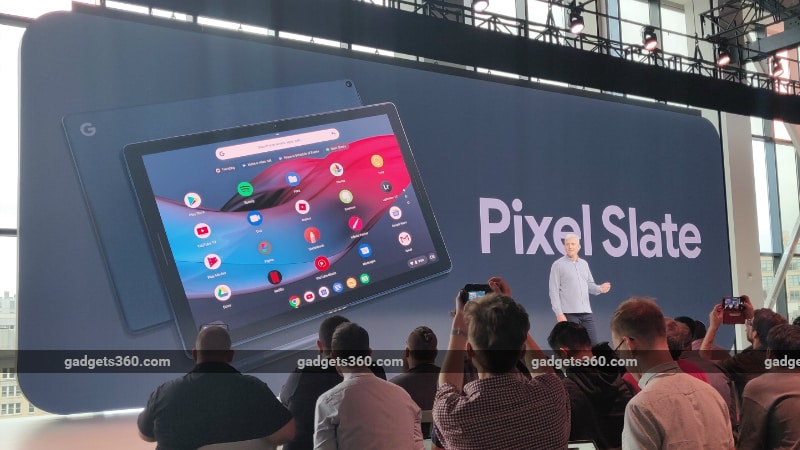 Google had reportedly said last month that it would shift its employees from its laptop and tablets division, in a decision that was termed as ‘roadmap cutbacks'. Now, a fresh report suggests that Google isn't giving up on the lineup completely, and is working on new laptops and tablets for the future. These could be successors of the premium Pixelbook and the Pixel Slate, or could be completely different products that provide different kind of value.

A Google spokesperson told The Verge that the hardware division is working on new laptops and tablets, and these products will launch in the future. The report doesn't detail on the products that may launch in the future, but Pixelbook Group product management lead Steve Jacobs led a session at its Cloud Next 2019 conference, where he hinted that a new ‘on-the-go' device is in the offing, and it could provide a better experience than the Pixelbook and the Pixel Slate.

“We think there's some unique things we can do differently than the Pixelbook and Pixel Slate that are going to really help give them what they're looking for when they're working in this new modern cloud-first era,” Jacobs said (via 9to5Google).

The session was titled ‘Introducing Google Hardware for Business' suggesting that the company may be steering its ship to focus more on enterprise products. Jacobs' LinkedIn profile lists an umbrella of responsibilities. Alongside Pixelbook and Pixel Slate, a new product called ‘Emerging' has been listed.

The Pixelbook was launched in October 2017, and the Chrome OS lightweight laptop came pen support, built-in Google Assistant, a 12.3-inch display, and a 10-hour long battery life. The Pixel Slate was launched a year later and it also runs on Chrome OS, supports the Pixelbook Pen, a deachable keyboard, offers up to 10 hours of battery life, dual front facing speakers, and a touchscreen smart display.