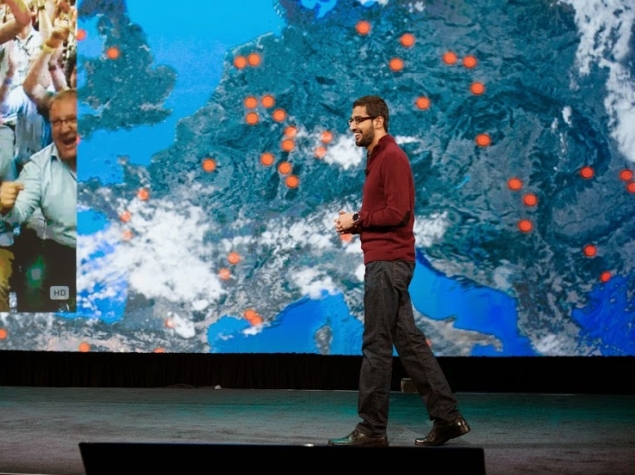 Google is leaving no stone unturned to make its Chromebook a mainstream device for consumers. At its I/O Keynote address, Google's Senior Vice President Android, Chrome and Apps, Sundar Pichai, previewed some Android apps running on a Chromebook.

Some apps, including Evernote, Flipboard, and Vine, were showcased running on a Chromebook, which is based on Chrome OS. Pichai was quoted saying, "We're in early days," and he also revealed an instance how his phone notifications were mirrored to his Chromebook. "I recently had this experience. My phone was in my pocket. I'm running out of battery. My Chromebook popped up a notification and said, 'Your phone is running out of battery'," Venture Beat quotes Pichai.

We expect an announcement regarding the new native Android apps support on Chromebooks could take some time to be released considering that the company still referred to the feature as in development.

Apart from apps, Google also announced that its Google Play for Education, developed for education purpose and initially announced for tablets, will be available for Chromebooks.

The Google I/O 2014 keynote address saw some major announcements from the company that included Android Wear, with more details revealed about the version of the operating system customised for wearable gadgets such as smartwatches; Android Auto, which has been tailored to work with cars; Android TV, majorly optimized for TV-watching, and the next version of Android, which goes by the temporary code name "Android L."