GitHub Copilot learns and adapts to your coding style and then suggests code to help you complete work faster. 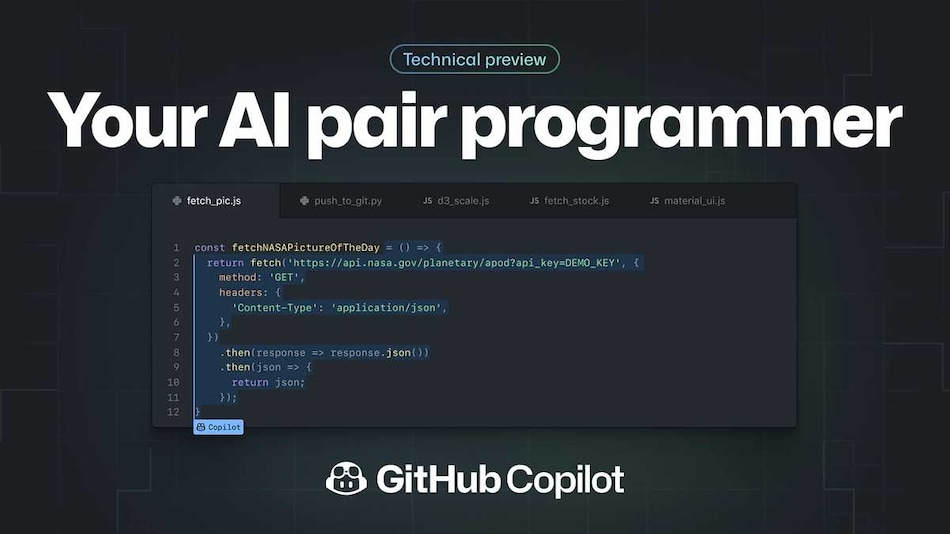 GitHub Copilot is in limited technical preview phase for now

GitHub Copilot has been introduced to make coding on the platform easier. It is an “AI pair programmer” that suggests whole lines of code or entire functions based on how you code and what you are working on. GitHub Copilot is in a limited technical preview as of now, so the slots to enrol are limited. The preview works well with Python, JavaScript, TypeScript, Ruby, and Go, but the final version will work with a broader set of frameworks and languages.

Chief Executive Officer of GitHub, Nat Friedman, shared through a blogpost that the platform is launching a technical preview of GitHub Copilot, an AI-powered assistant developed to help people code on the platform. GitHub Copilot adapts to the way you write code and helps you complete the work faster. It can suggest complete lines of code or entire functions by analysing how you code. The AI assistant has been developed in collaboration with OpenAI, and is powered by the OpenAI Codex that is said to be much better than GPT-3 when it comes to code generation.

“It helps you quickly discover alternative ways to solve problems, write tests, and explore new APIs without having to tediously tailor a search for answers on the internet,” the post reads.

GitHub Copilot allows you to cycle through alternative suggestions and manually edit the suggested code. It then learns from the edits you make to match your coding style. It can use the context of the code you've written and give suggestion to help you complete the job faster. You can also write a comment describing the logic of what you want to be coded and GitHub Copilot will assemble the code. It is said to work great with repetitive code patterns so users can let it generate the rest of the code. The AI assistant can also help you learn a new programming language.

As mentioned, GitHub Copilot preview has limited slots for users to try out and, as of now, there is no release date for the final version.