Three premium GPUs have been launched, promising much better performance their predecessors 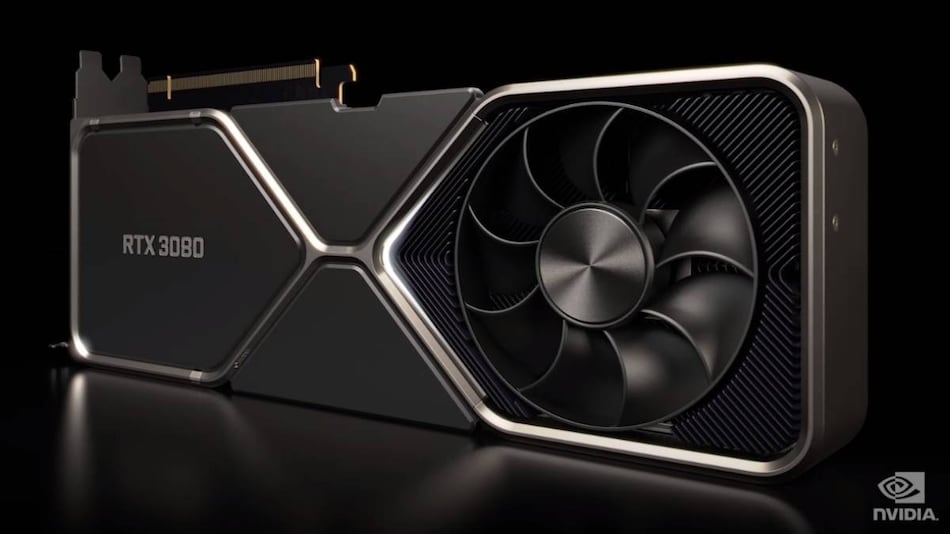 Along with the hardware, Nvidia has also introduced three new software features for competitive gamers, streamers, and animators.

Nvidia will be selling its own Founders Edition graphics cards, while partners including Asus, Gigabyte, Zotac, MSI, Galax, Palit, PNY, EVGA, Gainward, and Innovision 3D. will also offer custom-designed cards with their own coolers and software enhancements.

Starting with the most affordable model, Nvidia claims that the new GeForce RTX 3070 is 60 percent faster on average than the GeForce RTX 2070, and is suitable for 1440p as well as 4K gaming. That makes it faster than the GeForce RTX 2080 Ti but costs less than half as much. Graphics cards will have 8GB of GDDR6 memory. It will go on sale starting from September 24.

The GeForce RTX 3080 is billed as the “ultimate gaming GPU” and is twice as fast as the GeForce RTX 2080 and will be matched with 10GB of 19Gbps GDDR6X RAM. Nvidia claims that buyers can expect 60fps consistently at 4K, and it will become available September 17.

The new flagship is the GeForce RTX 3090, or “big ferocious GPU”, as Nvidia is calling it. This model features a triple-slot cooler with a new dual-axial airflow design that positions one fan on the front and another on the rear, which the company says makes it 10x quieter and up to 30 degrees C cooler than current designs. It will have 24GB of GDDR6X RAM and is said to be up to 50 percent faster than the current Titan RTX. Gamers will be able to experience 8K game visuals at 60fps, but this GPU is targeted more at AI developers and massive-scale content creators. Cards will go on sale in October this year.

Nvidia recently disclosed details of a new 12-pin PCIe power connector that will be used for the new GeForce RTX 30 series graphics cards. An adapter will be included with each card. These GPUs are also the first to support hardware AV1 decode which should help conserve bandwidth for streamers, and HDMI 2.1 which supports 8K displays. A new RTX IO framework takes advantage of PCIe 4.0 and fast SSDs to load games and assets directly from storage, making the process much quicker. The GPUs are fabricated on a custom 8nm process.

In terms of software features, Nvidia is introducing Reflex, which will allow game developers to integrate a “Reflex Mode” into games which will optimise and measure PC latency to help gamers target and track opponents. Games that are set to support this include Apex Legends, CoD: Warzone, Fortnite, and Valorant. Hardware OEMs including Asus, Acer, Alienware and MSI will also soon launch 360Hz G-Sync eSports monitors with built-in latency analysers. Nvidia Broadcast is aimed at streamers, and includes AI-powered noise reduction, background blurring or removal, and auto framing.

Nvidia Omniverse Machinima will allow creators to use supported games and game assets to create animation sequences including physics and particle simulations. AI can also be used to create motion capture characters with a webcam, and animate mouth shapes based on actual audio. Early access is opening soon.

Gamers who buy a GeForce RTX 3070, GeForce RTX 3080, or GeForce RTX 3090 graphics card or pre-built PC with one of these will get a free digital copy of Watch Dogs: Legion and a one-year GeForce Now cloud gaming service subscription.