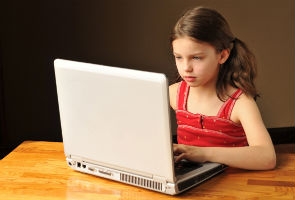 Taking cue from iris scans used in UID in India, researchers are developing a new biometric system that can identify people by the way they flicker their eyes while looking at a computer screen.

Oleg Komogortsev, a computer scientist at Texas State University-San Marco, is making use of the fact that no two people look at the world in the same way .

When looking at a picture, different people will move their eyes among points of interest in different sequences, researchers observed.

Even if two people trace the same paths, the exact way they move their eyes differs, the 'LiveScience' reported.

"We are seeing there are enough differences so we can talk about this as a biometric," Komogortsev told TechNewsDaily.

A biometric is a measurement of something on the body fingerprints, for instance used to identify people. Computer scientists all over the world are studying biometrics for crime solving, for border security, and just as a high-tech way to sign into smartphones, tablets and other devices.

Komogortsev's research is in its earliest stages and needs years of work before it might show up at airports, high-security workplaces or even home computers.

However, he thinks eye movements could be part of the next generation of a more established biometric iris scans, which are already used in some airports and private companies, and in a countrywide ID effort in India.

Previously, researchers showed that crooks could fool an iris scanner with printed contacts, or by holding up a high-quality printout of the correct person's eye in front of the scanner.

Komogortsev hopes adding an eye-movement sensor could prevent this type of counterfeiting.

"The strength of our method is it can work together with iris [scanning]," he said.

Komogortsev's system records eye movements and analyzes two features. In one, the system measures "fixations", the times when people linger their gaze over a point on screen.

In another, it measures "saccades", the swift movements the eye makes when it flies between points.

His system considers both the exact path that people's gazes take and the fixations and saccades they make along the way.

From those movements, the system calculates unique properties about people's eyes, including the force their eye muscles use and other properties about the fat and flesh around the eye and the eyeball itself, Komogortsev said.

UID is an initiative of Unique Identification Authority of India of the Indian government to create a unique ID for every Indian resident.

Kindle users to get refunds and lower prices on e-books after settlement
AMD plans to trim up to 30 percent of workforce: Source