The three-room single-storey house is spread across 1,000 square feet and has a wooden roof. 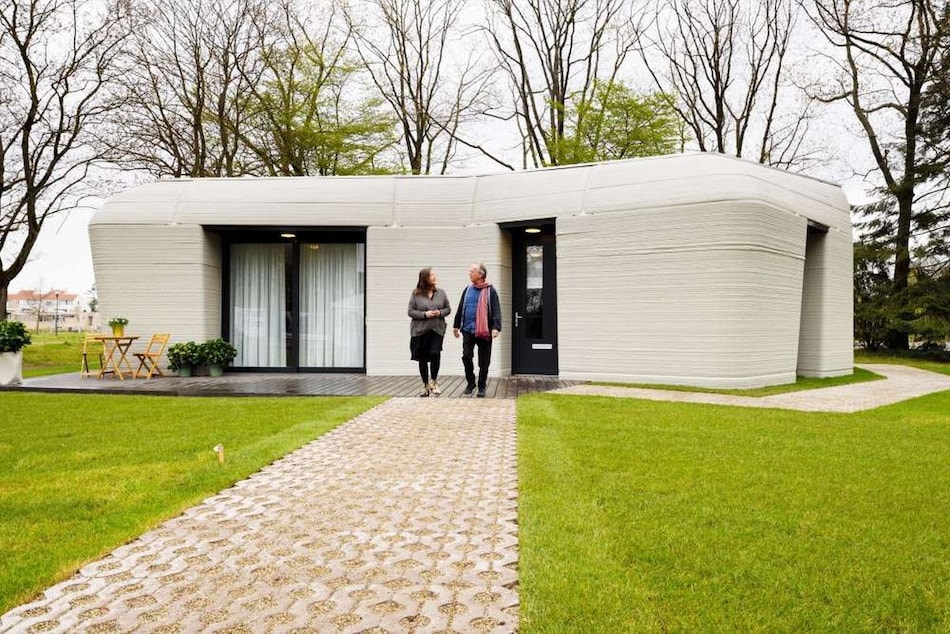 Shaped like a boulder, the house is surrounded by greenery and open space on each side

Europe's first 3D-printed concrete house and the world's first commercial housing project in the city of Eindhoven has gotten its first tenants. With Project Milestone, the city of Eindhoven hopes to pave the way for wide-scale construction of 3D houses equipped with all modern comforts. The three-room single-floor house is spread over 1,000 square feet and has a wooden roof. Shaped like a boulder, it is surrounded by greenery and open space on each side. Four more houses are to be readied under the Milestone Project at the location being developed as a “sculpture garden”.

These houses are intended to be occupied for at least several decades, according to information available on the project's website. The builders say the 3D printing technology gives them freedom, whereas the traditional concrete designing was very rigid. They say that one of the advantages of using a 3D concrete printer is its ability to lay concrete only where it is needed, thereby reducing wastage and CO2 emissions from more cement use.

3D concrete printing also allows builders to design very fine concrete structures. Another advantage of this technology is that builders can cater to individual wishes of customers without raising the cost of construction. For this project, the builders said, the 3D technology helped them blend the houses with the wooden surroundings naturally as if they have always been in this wooded oasis.

The work on the project began during the 2016 Dutch Design Week, when the Municipality of Eindhoven and TU Eindhoven expressed their intention to build these houses. In 2017, the business community joined in and now the first occupants have moved into the first house.

The building elements of the first house were printed at Eindhoven University of Technology, but the fifth house, a two-story building, will be printed on site.

A few days ago, India also got its first 3D-printed house in Chennai. The single-storey house is 600 square feet and it was constructed using indigenous concrete 3D printing technology.

The team that built the house said that they printed the structure using a specialty concrete that they had developed to print large-scale 3D structures. They said the mix was based on ordinary portland cement, which has a lower water-cement ratio. The use of such local materials would also reduce the need to transport concrete long distances, reducing the environmental impact.