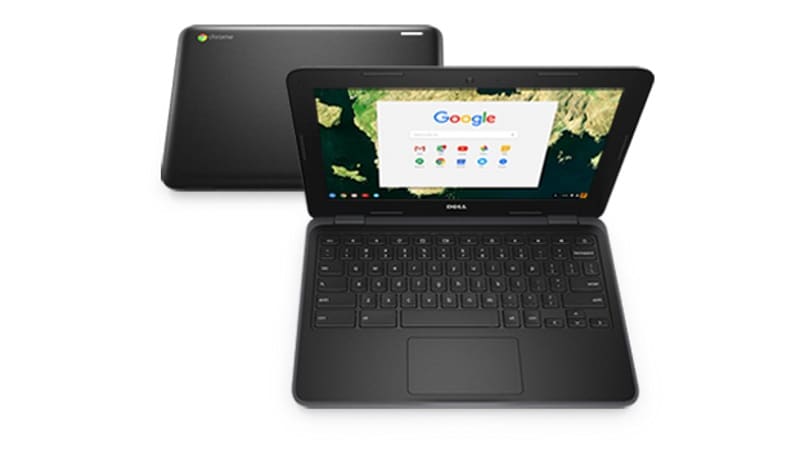 Each of the devices launched by Dell are fully compatible to work with either Windows or Chrome operating systems, the company said in its release.

"The two 11-inch 2-in-1 convertible laptops are new additions to Dell's education product lineup and adjust to the needs of the lesson of the day by offering 360-degree flexibility with clamshell, tablet and tent modes," the company said.

"While in tablet mode, the Windows-version has a "world-facing" camera available for creating videos on the go and opening up creative possibilities," Dell said.

Coming to the Chromebook 11 and Latitude 11, the 11-inch laptops come with a reduced overall size. "They feature an ergonomically designed keyboard for natural, comfortable student use and all-day battery life2," the company said. They feature 180-degree lay-flat hinge that allows for flexibility in viewing angles. The Latitude 11 will be made available with seventh-generation Intel Celeron and Pentium processors, while the Chromebook 11, which comes with an HDF display, will be available with sixth-generation Intel Celeron processors.

Finally coming to Chromebook 13 and Latitude 13, the 13-inch laptops come with a reduced size and an improved battery life as per company's claims. The Latitude 13 will be made available with sixth and seventh-generation Intel Celeron, Pentium, and up to Core i5 processors, while the Chromebook 13, which sports an HD display, will be available with sixth generation Intel Celeron or Core i3 processors.