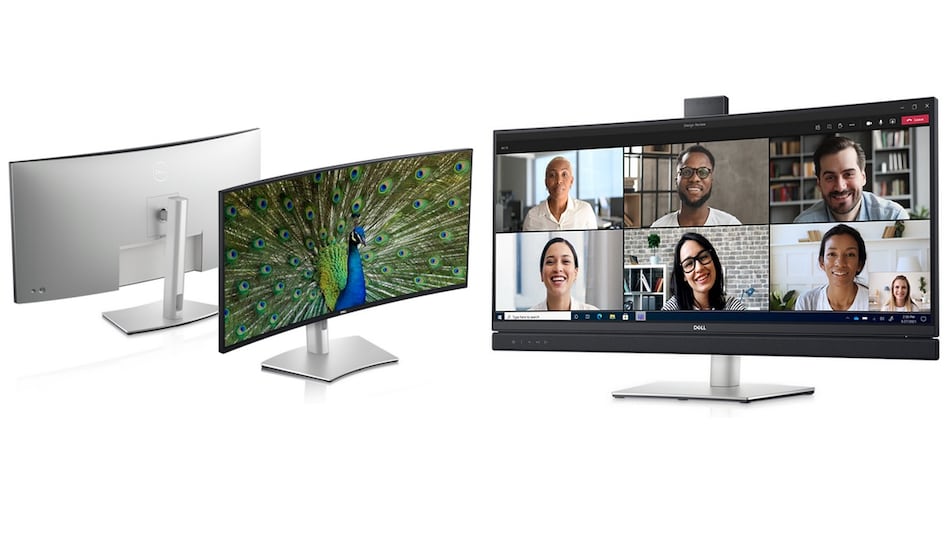 As of now, there is no information on international availability for these monitors.

Dell claims that this is the world's first 40-inch ultra-wide curved WUHD (5,120x2,160 pixels) resolution monitor. It has a 39.7-inch IPS display with ComfortView Plus technology. Dell UltraSharp 40 can be used to charge a laptop with up to 90W power charging with its Thunderbolt 3 port. It also comes with SuperSpeed USB 10Gbps and Ethernet connection with an RJ45 port.

This 38-inch curved IPS monitor comes with integrated 9W speakers and is a toned-down version of the 40-inch monitor. According to a report by XDA Developers, Dell UltraSharp (U3821DW) has 100 percent sRGB, 100 percent Rec. 709, and 95 percent DCI-P3 coverage. It does not have a Thunderbolt 3 port but a regular USB Type-C port with Power Delivery.

The Video Conferencing monitors from Dell come with 5-megapixel infrared (IR) camera, dual 5W integrated speakers and noise-cancelling microphone for the optimal conference experience. They also feature facial recognition sign-in with Windows Hello and hands-free commands with Microsoft Cortana. The 24-inch model (C2422HE) has a full-HD display, the 27-inch (C2722DE) comes with a QHD display, and the 34-inch (C3422WE) model comes with WQHD display, as per the report by XDA Developers.

These come with 20-point InGlass Touch that allows multiple users to draw or write on the display simultaneously. It has palm rejection built-in as well. Both the 65-inch and 55-inch displays have 4K resolution and include dual 20W speakers. They also come with Dell's Screen Drop feature that allows users to lower the displayed image to three different height settings using dedicated buttons on the side.