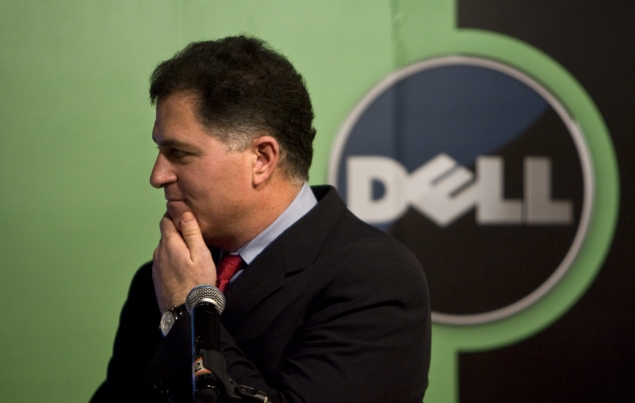 Dell said Thursday its quarterly profit plunged 72 percent from a year ago as the struggling computer giant felt the impact of weak PC sales.

The Texas-based tech firm said its profit for the second fiscal quarter slid to $204 million, compared with $732 million in the same period last year.

It marked the seventh consecutive decline in profits for the former number one PC maker, but the results were slightly better than analyst estimates.

Profits translated to 25 cents per share, one cent better than the consensus forecast. Revenues were flat at $14.5 billion, with analysts expecting a decline.

Dell, which is the object of a battle over a private equity buyout led by founder Michael Dell, said it had made some progress in diversifying into areas like software and services.

"In a challenging environment, we remain committed to our strategy and our customers, and we're encouraged by increasing customer interest in our end-to-end solutions offerings and continued growth in our Enterprise Solutions, Services and Software businesses," said Brian Gladden, Dell's chief financial officer.

The results come with Dell and dissident shareholders locked in a battle over the company's value following a bid by the founder to take the company private.

Michael Dell has argued that a radical change is needed to get the company on track in a market shifting away from PCs to mobile devices.

But dissident investors led by corporate raider Carl Icahn have argued that the bid undervalues Dell and that the private equity deal would be a "giveaway."

A shareholder vote on the plan has been set for September 12 after three postponements.