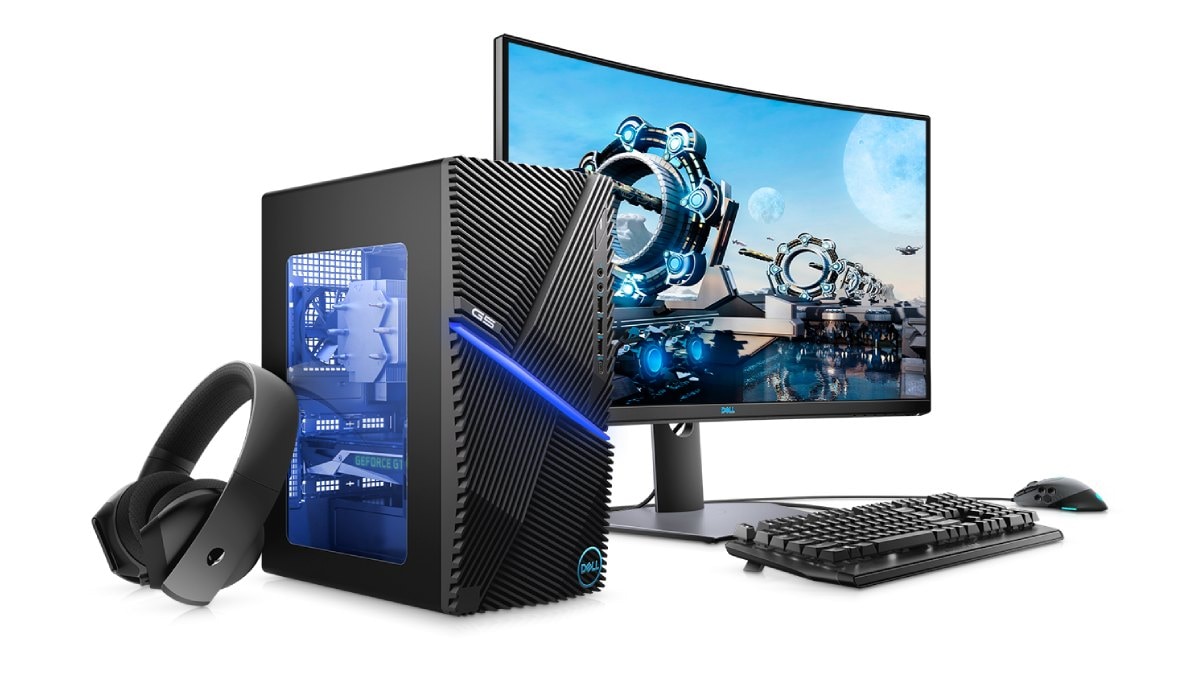 Dell G5 5090, the company's new gaming desktop, is positioned below the Alienware portfolio

Dell is expanding its portfolio of gaming PCs in India and has launched the Dell G5 5090 desktop in the country. The Dell G5 5090 desktop inherits design elements from the Alienware line and is powered by 9th Gen Intel Core processors with SKUs that go up to the octa-core Intel Core i7-9700K that peaks at 4.9GHz. The desktop comes in both single and dual-drive storage options and can be equipped with up to 16GB of dual-channel DDR4 RAM. The Dell G5 5090 is offered with both Nvidia GeForce GTX 1600-series and GeForce RTX 2000-series graphics cards.

The Dell G5 5090 starts at Rs. 67,590 and is now available from Dell exclusive stores, authorised multi-brand outlets in the country, and the official Dell online store. It comes in a single Abyss Grey colour option with blue LED accents and a clear side door.

The base model of Dell G5 5090 desktop packs the 9th Gen hexa-core Intel Core i5-9600K processor clocked at up to 4.6GHz and 9MB cache. The higher-end model can be configured with the 9th Gen octa-core Intel Core i7-9700K processor that peaks at 4.9GHz and has 12MB cache. It is paired with up to 16 GB (2x 8GB) dual-channel DDR4 RAM with a frequency of 2666MHz. The single drive storage option offers 1TB SATA HDD or 512GB of M.2 PCIe SSD, while the dual drive solution offers 512GB of M.2 PCIe SSD paired with 1TB of HDD SATA storage.