Dell showed off a Concept UFO prototype that is essentially a Nintendo Switch-like handheld gaming device. It runs on Intel 10th gen processors and comes with detachable controllers. 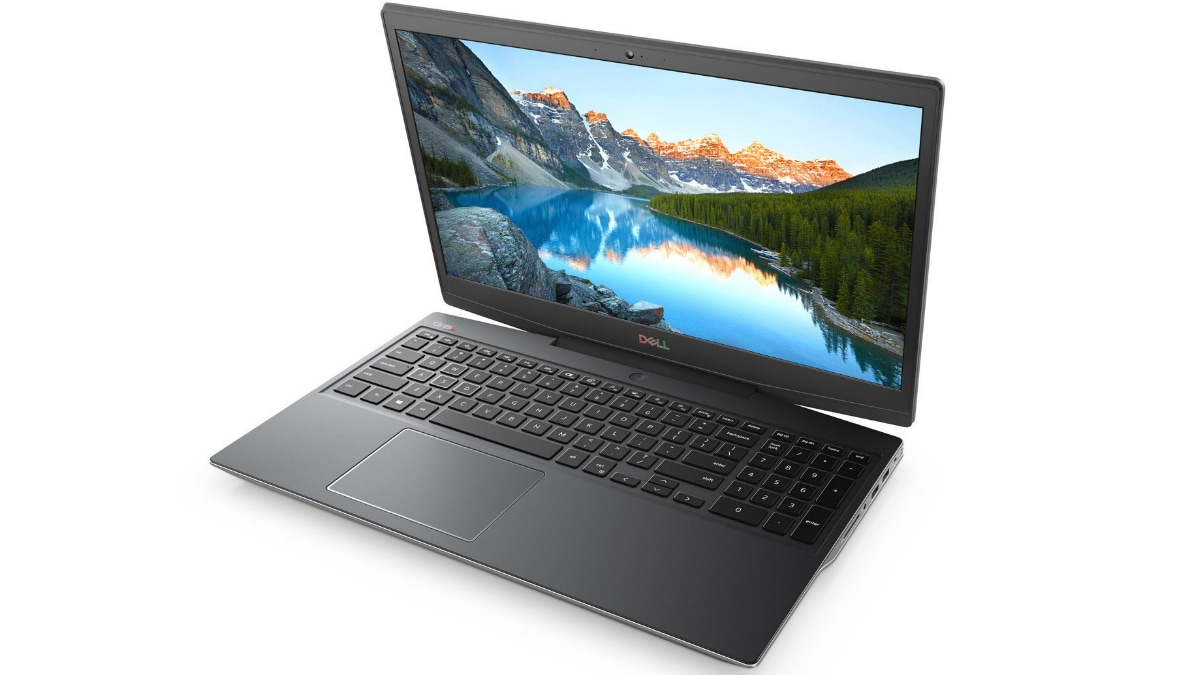 At CES 2020, Dell has introduced a range of devices and software for gamers. The company announced the new redesigned Dell G5 15 SE (Special Edition) laptop that comes with a dedicated “Game Shift” macro key that allows one key quick launch of game-ready settings. It also introduced the new Alienware 25 Gaming Monitor (AW2521HF) that offers 240Hz refresh rate and NVIDIA G-SYNC compatibility. Dell also demoed the new Alienware Second Screen concept software that will allow gamers the ability to view their PC performance stats on their phone. The company also shared a glimpse of come concept devices, hinting at what future of gaming may look like.

Starting with the Dell G5 15 SE gaming laptop, it will be available at a starting price of $799.99 (roughly Rs. 57,400) and should go on sale sometime in mid-April this year. The laptop features a 15.6-inch full-HD display with a 144Hz refresh rate, and is the first Dell ‘G Series' laptop to feature 3rd Generation AMD Ryzen 4000 H-Series Mobile Processors (up to 8-cores, 16-threads), paired with AMD Radeon RX 5600M graphics cards. As mentioned, the laptop features a new ‘Game Shift' macro key, which allows one key quick launch of game-ready settings for enhanced performance that reduces latency and sharpens images. It packs a 68Whr battery, offers an optional 4-zone RGB keyboard, and has a modern ‘fighter plane' look in silver finish with metallic accents. There's an Alienware Command Center on board that offers a hub for controlling game settings like audio and lightning.

The company also introduced the Alienware 25 gaming monitor (AW2521HF), and this product starts at a price of $499.99 (roughly Rs.35,800) and will go on sale in the US starting March 11. The monitor offers 240Hz refresh rate, 1ms grey-to-grey response time, and AMD FreeSync and Nvidia G-Sync compatibility to ensure an immersive gaming experience.

The Alienware 25 gaming monitor comes with an adjustable stand

The Alienware 25 gaming monitor features a 24.5-inch full-HD display, and has a thin adjustable stand. The company says that the new gaming monitor is the “Official Display for Team Liquid” and the official competition monitor for the League of Legends global events.

Furthermore, Dell also announced the Alienware Second Screen concept software that allows gamers to see their stats on the phone. Alienware Second Screen synchronizes with Alienware Command Center to present CPU, GPU and RAM diagnostics in real-time on a gamer's connected phone. This is still in the conceptual phase, and the company is welcoming feedback on new features. The company notes in its blog, “We think this idea will peak the interest of mobile gamers who don't always have access to a second monitor but still want a way to track their performance without leaving the game.”

Dell also introduced Concept UFO, a portable handheld gaming device that will allow users to play their favourite AAA PC titles. This concept device looks inspired by Nintendo Switch, and features an 8-inch (1200x1900 pixels) display. It comes with detachable controllers, and offers a range of modes – as one unit, with controllers attached to the screen; separating the controllers and using the kickstand on a surface to game or stream your favourite show, or connect it to an external display and play using the detached controller, or use a mouse and keyboard as you would any other PC. The Concept UFO will be powered by 10th Generation Intel Core processors along with WiFi, Bluetooth, and Thunderbolt support.

Dell also demoed Concept Duet and Concept Ori multi-screen devices at CES 2020. The Concept Duet features two 13.4-inch touchscreen displays attached to each other using a hinge, and Concept Ori is a foldable device that has a 13-inch screen that folds into a compact form that you can easily carry around. As these devices are still in their concept phase, there is no word on when they will launch officially.