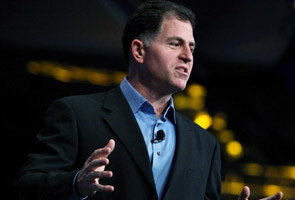 Highlights
Dell has been accused of withholding evidence, including e-mails among its top executives, in a lawsuit over faulty computers it sold to businesses, according to a filing made Thursday.

Advanced Internet Technologies filed a motion in Federal District Court in North Carolina asserting that Dell had deliberately violated a court order by failing to produce documents written by its executives, including the company's chief executive and founder, Michael S Dell.

The filing is the latest twist in a three-year-old lawsuit brought by AIT that accuses Dell of selling at least 11.8 million faulty PCs over three years and then trying to hide problems with the computers from customers. AIT, an Internet services company, says it lost business as a result of the broken Dell machines.

Dell disputes the accusation. "We disagree with AIT's contention that we violated the discovery order and will be filing our response with the court soon," said David Frink, a spokesman at Dell. "We take all court orders and our obligations to comply with them very seriously."

Documents that have already been made public in AIT's lawsuit show Dell grappling with faulty parts in the PCs and trying to isolate the problems they had caused.

Some of the company's largest customers were affected by the problem, and Dell had to take a $300 million charge related to the replacement of the bad computers.

Larry E Daniel, a digital forensics expert, has filed an affidavit in the case, stating that the handful of messages Dell provided appeared altered and incomplete. Mr Daniel suggested that Dell should provide access to the underlying e-mail files rather than cutting and pasting text.

In its most recent filing, AIT has produced communications that showed Dell's management discussing how to frame the PC problems for investors, the news media and customers.

Mr Dell and Mr Rollins were informed by the vice president for investor relations, Lynn Tyson, in an August 2005 e-mail that Dell would "continue our reactive posture with the media" about the PC situation.

She told the executives that the public would hear that "the problem poses no risk of safety or data loss for our customers," that "we have been working with our customers to resolve problems in the most effective manner possible" and that "we're committed to fixing any systems that fail."

But customers with the faulty PCs have complained about data loss when their computers malfunctioned, and computer experts have since said that the electrical problems with the computers presented a limited safety risk.

In June, a number of documents in the AIT case were unsealed. They pointed to Dell's struggles to deal with faulty components that plagued its OptiPlex computers from about 2003 to 2005. Internal Dell communications showed that lower-level employees had known that millions of PCs sold to businesses were likely to malfunction.

In addition, Dell employees were encouraged to play down the problems when speaking to customers, according to documents in the lawsuit. Dell told some customers about the problems, fixed their computers and extended its warranties on the systems.

Mr Frink, the Dell spokesman, said the company had replaced 22 percent of the motherboards inside the OptiPlex computers shipping from 2003 to 2005 and added that only a small proportion of the computers had component problems.

Still, many customers complained that their computers were breaking at unprecedented rates and that Dell was not doing enough to fix the situation. The companies feared that their businesses could be disrupted at any time because of the machines.

For example, even Alston & Bird, the law firm representing Dell in the lawsuit, had to fight for Dell to address 1,000 questionable computers and argued that its business had been put at risk.

"The problem was unquestionably the worst we have ever seen in this business," said John Hess, the president of CompuCycle, a company in Houston that refurbishes computers and dealt with 5,000 faulty Dell machines. "I would suspect this has been part of the decline in Dell's reputation."

The problems with Dell's OptiPlex business PCs were part of an industrywide dilemma caused by so-called bulging capacitors. The capacitors cost just a fraction of a penny each and helped control the flow of electricity to various computer components. Bad batches of these capacitors burst at their seams when they overheated, leaking fluid that caused further problems with electronic components.

The latest complaint was filed just after Dell's lawyers urged that the lawsuit's trial date be delayed to December, from October. Two lawyers with Alston & Bird who represented Dell in the case withdrew this month, saying they had left the law firm.