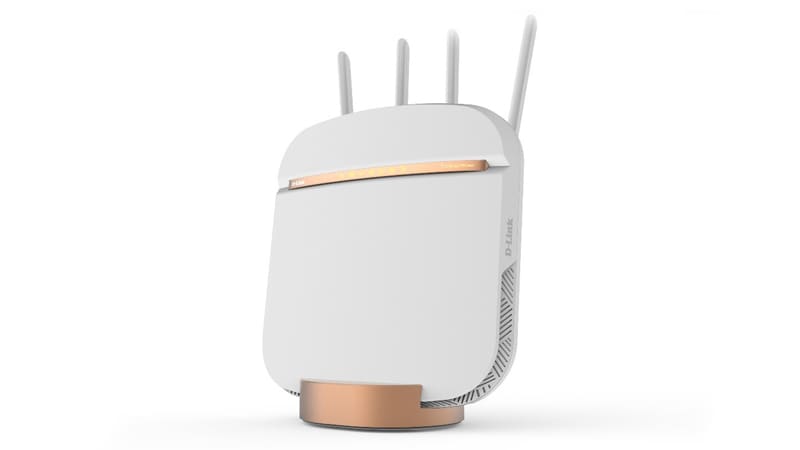 ust ahead of CES 2019, D-Link has released its new 5G NR Enhanced Gateway (also known as the DWR-2010) router. This is a home router that does not need an RJ45 Ethernet cable or a modem to be plugged in. Instead, it uses 5G mobile networks to deliver Wi-Fi connectivity to household devices. So you'll only need a power socket to plug this router in and a 5G SIM to latch on to a 5G network. Support for 5G networks is expected to be a huge part of CES 2019 with most other manufacturers speculated to launch 5G powered devices.

This may herald warning bells for Internet Service Providers (ISPs) as it is a direct competitor to wired broadband. With 5G adoption expected to accelerate in 2019, the D-Link 5G NR Enhanced Gateway couldn't have launched at a better time. With the new DWR-2010, users won't need the existing broadband infrastructure or lay any extra cabling to connect to the internet.

D-Link hasn't offered much information with respect to the cost of the device or which carriers it will support. Data prices are not unknown at the moment so it cannot be compared to traditional broadband.

According to D-Link, the DWR-2010 will offer speeds up to 40 times faster (around 2.8 Gbps) than the average broadband speed in the US which is around 70 Mbps. Also, the DWR-2010 is expected to support both the sub-6GHz as well as the mmWave portions of the 5G standard.

Alongside the new 5G router, D-Link also launched new smart home accessories. The company recently launched a pair of new smart plugs: Indoor Wi-Fi Smart Plug (DSP-W118) and an Outdoor Wi-Fi Smart Plug (DSP-W320) both of these support Google Assistant, Alexa, as well as the mydlink app without needing a smart hub to function. These two smart plugs are expected to go on sale in Q2 2019 but prices haven't been revealed yet.

D-Link has also launched a Wi-Fi water sensor which is capable of warning against flooding by detecting water. The new DCH-S161 is powered by AA batteries which is an improvement over last years model that needed a power outlet. The new model can be placed in any area that required flood monitoring. It has support for Google Assistant, making it the first water sensor in the market to do so. It is expected to go on sale in Q1 2019 with a retail price of $49,99 (roughly Rs. 3,476).