Intel is confident that its Gen11 integrated GPU will outperform AMD’s current offerings for laptops. 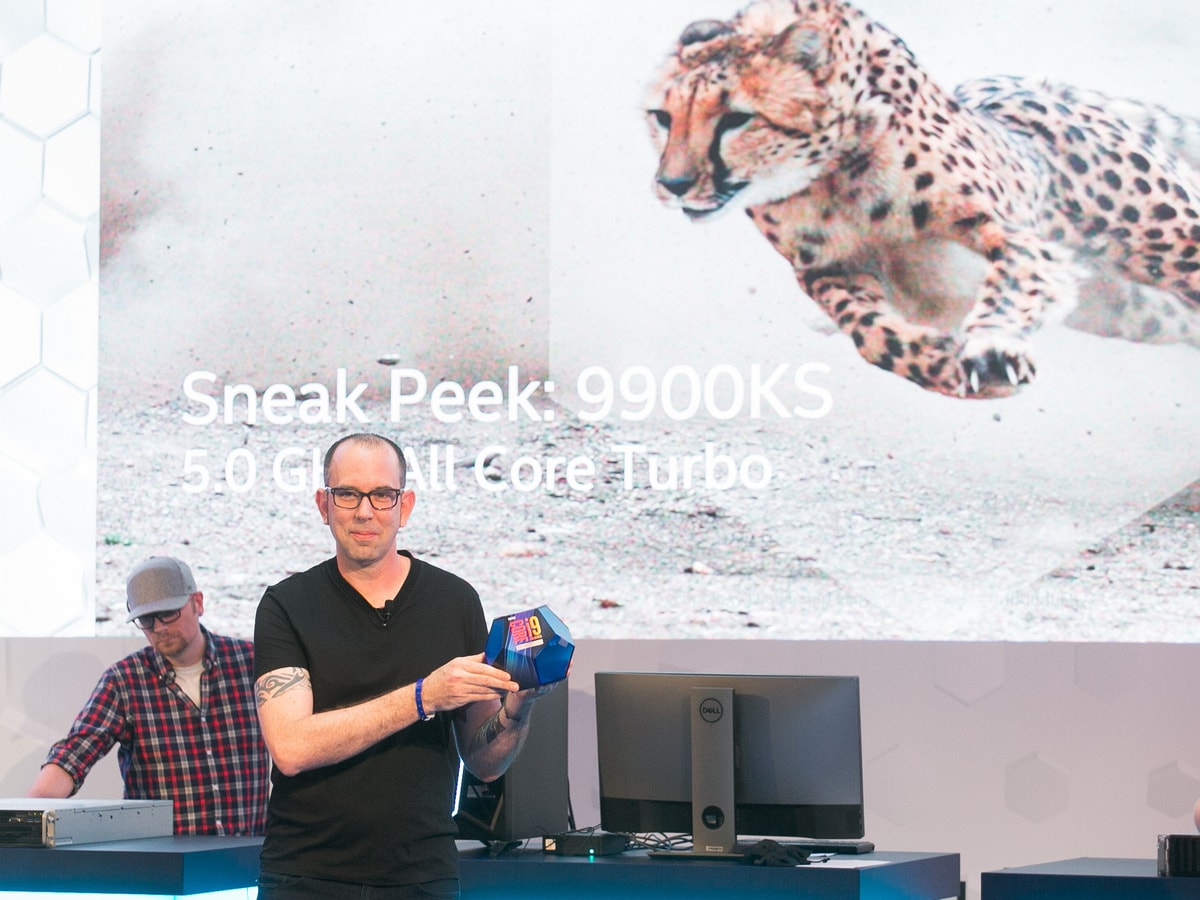 Intel has previewed the performance of its upcoming 10nm ‘Ice Lake' CPUs for ultraportable notebooks just ahead of Computex 2019 in Taipei. The company showed performance numbers for the integrated Gen11 graphics capabilities that Ice Lake CPUs will have, and the numbers appear to show significant gains over not only Intel's own current Gen9 integrated GPUs, but also AMD's current Ryzen 3000 series APUs for laptops.

The graphs shown off by Intel indicate performance gains between 1.42x and 2.08x across a number of demanding games and benchmarks running at 1080p and at low to medium graphics quality. When compared to an equivalent AMD-powered laptop, the numbers varied between 0.94x and 1.16x.

Intel also showed off the gains that the Gen11 iGPU gets thanks to support for VRS, or variable rate shading. This is a DirectX 12 feature that allows games to drop the shading rate in parts of a frame that don't need it, such as backgrounds. The Gen11 iGPU is said to achieve 1 Teraflop of computing bandwidth.

Another feature is AI performance acceleration using VNNI (Vector Neural Network Instructions). This will be a selling point for devices based on Ice Lake processors as well as future products. According to Intel, AI inference instructions running on the Ice Lake CPU with Gen11 graphics can be up to 8.8 times faster than on any comparable processor.

The numbers were generated by Intel in its own labs, and as such, real-world performance remains to be seen. More details will be announced at Intel's annual Computex keynote, scheduled for Tuesday, May 28.

The Gen11 graphics architecture is part of Intel's renewed push on graphics, and is the precursor to the Xe discrete graphics card that the company has said it will ship in 2020. Intel has also hired several key graphics industry professionals including former AMD Radeon graphics head Raja Koduri.

Ice Lake CPUs are set to launch in the second half of this year, and Intel says its partners will have laptops available in volume, though it is expected that Intel will only offer 10nm CPUs for certain segments, such as thin and light laptops, while 14nm derivatives will continue to serve the high performance and desktop PC segments. The launch will mark the end of Intel's years-long struggle to manufacture and ship 10nm CPUs which were originally scheduled to ship in 2016 with the Cannonlake architecture.

In addition to the Gen11 graphics teaser, Intel has also announced and demonstrated a new top-end consumer CPU, the Core i9-9900KS, which is aimed squarely at gamers. This special edition model slots above the Core i9-9900K which launched late last year.

The new Core i9-9900KS has a 4GHz base clock, which is 400MHz higher than that of its sibling, but the most important feature is that it can run at a 5GHz Turbo Boost speed on all eight cores. The Core i9-9900K is said to be able to hit 5GHz but only on two cores, while its all-core Turbo Boost speed is 4.7GHz.

No other details about the Core i9-9900KS were announced, and it has not been confirmed whether or not it will work within the same 95W TDP as the Core i9-9900K. Pricing and availability are also unknown, though they are likely to be disclosed at Intel's keynote.

Gamers who want to multi-task with video encoding and streaming, or users who need extreme performance in single-threaded as well as multi-threaded applications are the target audience for this CPU.