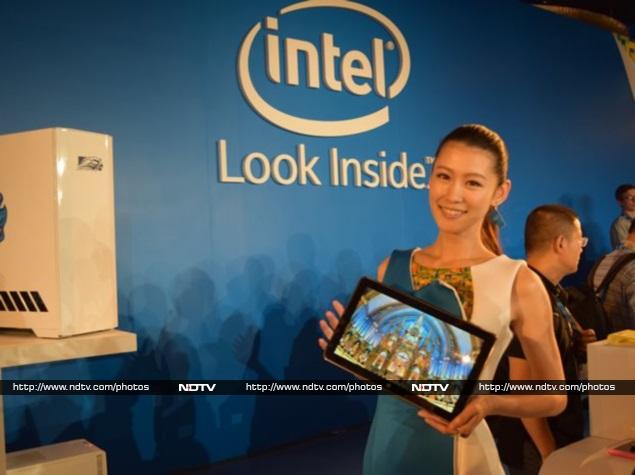 US computer chip giant Intel said its gesture-controlled technology could soon become part of everyday life as it showed its vision of a no-touch lifestyle in Taiwan Thursday.

Its stand at Computex, Asia's largest technology trade show, recreates a living space centred around a kitchen, illustrating how sticky fingers on screens and recipe books could be a thing of the past.

An actress with messy hands from cooking clicked through icons and apps and scrolled through cookery pages on a large monitor using just hand motions from around 12 inches (30 centimetres) away.

"This is a good example of the home usage of gesture," Intel's Jon Marshall told AFP, adding the technology harnesses voice recognition as well.

"We're trying to get a hands-free environment. Most people when they speak are animated it's a natural way to communicate. We're trying to take that to the next level in computing. 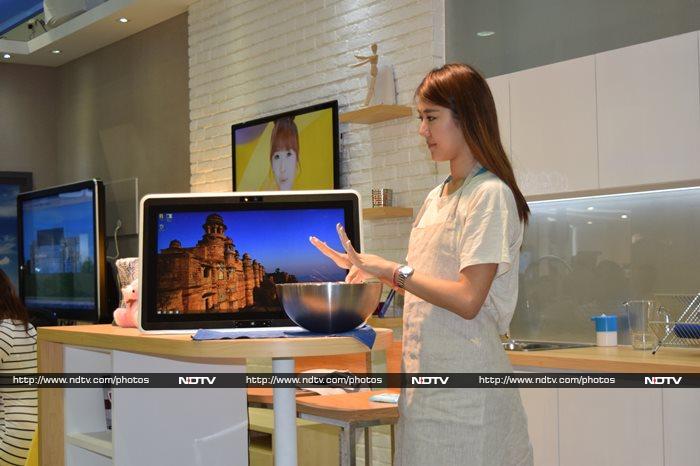 "It's going to mean more cameras, microphones the platform you're working with is going to natively recognise what you're doing."

The advances are the latest developments in Intel's sense technology which uses a camera with both 2-D and 3-D capabilities embedded into devices, enabling them to "see" depth and recognise facial expressions and movements.

Other companies that have rolled out gesture-control devices include Microsoft, which developed the Kinect accessory for its Xbox video game consoles which can recognise users, respond to spoken commands and detect a person's pulse.

Marshall, who is a senior technical marketing engineer at Intel, said the firm's gesture-controlled technology should be available on a range of devices by the end of the year.

Visitors at the show also tried their hand at controlling an old-fashioned fairground-style toy grabber game which uses the same hands-free technology, operating a metal claw through hand gestures detected by a camera. 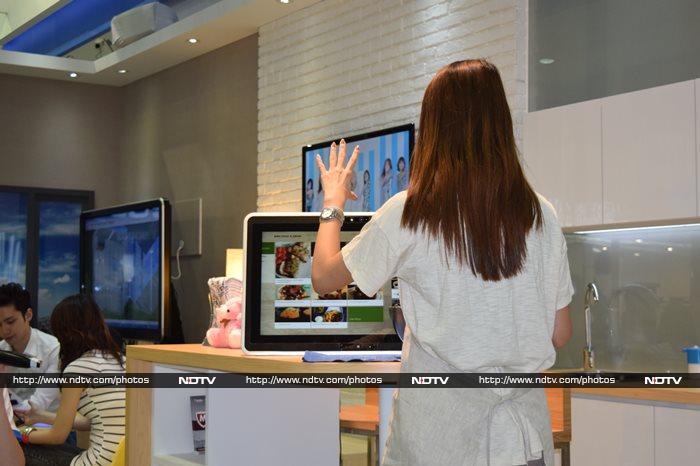 As they closed their own hands into a claw shape, the metal grabber mimicked the motion.

"Traditionally you have to use keyboard or touches to activate your gadgets, now you may only need motions," said June Leung, programme director of the Chinese company TheBestSync which developed the grabber device.

"To me, this technology is a real breakthrough," Alexandre Straumann, product manager in IT hardware of France-based company Sources & Creation, said of the no-touch range.

"It could be applied everywhere and could really change our experience of living and entertainment."